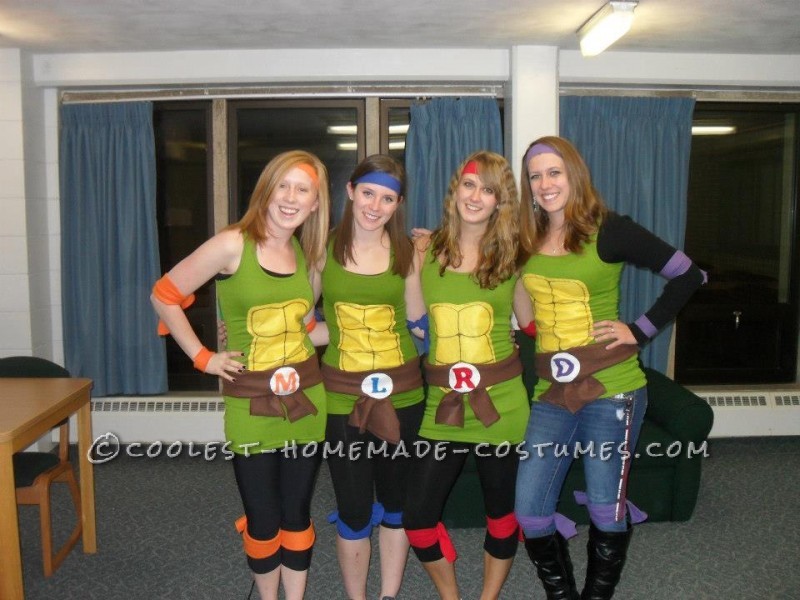 Since it was our freshman year of college, we had only known each other for a few weeks before we decided to be Teenage Mutant Ninja Turtles group Halloween costume. We ordered the green dresses online, which actually took a surprisingly long amount of time to arrive. I cut out the front yellow shell out of felt and the green shell on the back out of fabric.

The belts were made by cutting white chicles and letters out of felt and sewing them together and sewing this to the brown belts. In order to achieve costume accuracy I had to sew on faux ties to the front and actually sew them onto the girls and myself. The arm, leg, and head bands were cut out of flannel fabric. The wrist ones had to also be sewn on the day of. All the sewing was hand done.

In total it took about 6 hours, but it was well worth it. Our costumes got really good reactions when we wore them out. 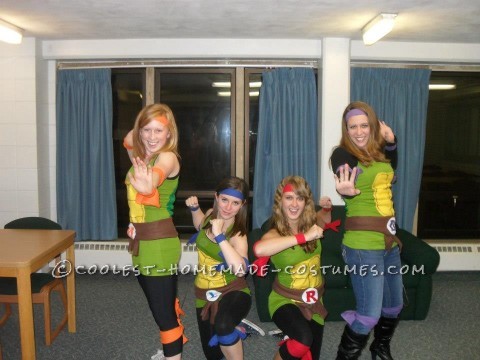 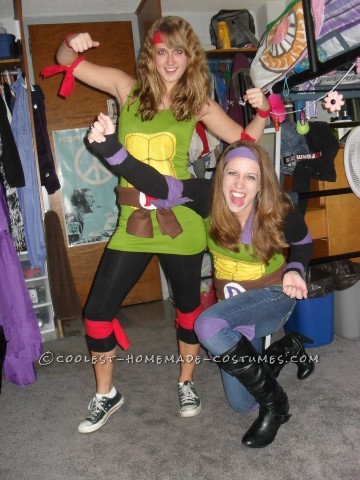 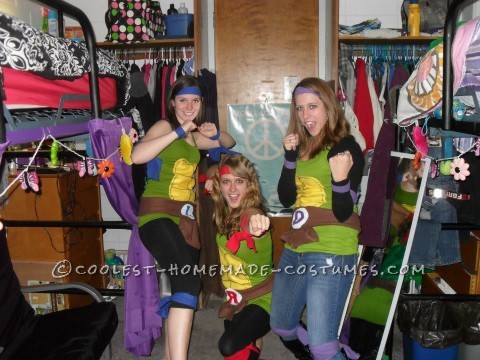