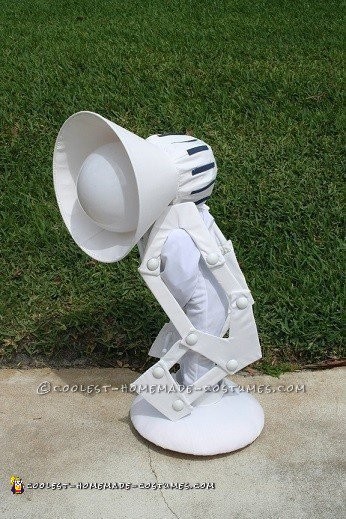 Introducing “Luxo” the cute and quirky lamp from Pixar pictures.

My inspiration for this  Pixar lamp costume came from my grand daughter. Like most young children, she loves all things Disney. But, she gets obsessed with one or another film or character for weeks. Her latest favorites are the Toy Story movies. However, she gets just as excited about the preshow introduction with the hopping lamp character. Sometimes children have more creative ideas for costumes then their parents. If she loves the lamp, that’s great!!

Designing a lamp costume was a bit difficult. I wanted my grand daughter  to be able to stand up straight , but have the illusion of squatting and leaning forward. I decided to make a cage -like frame to surround her body over a one piece jump suit.

I covered cardboard with clothe and used furniture slides for the nuts. Their are clothe covered dowels that connect the two sides across the front and back of her body.The frame sits on her shoulders.

The headpiece is a lamp shade covered with the same clothe . There is a plastic lamp globe glued to the inside of the lamp. I cut away a section of the lamp for peeping through. The visibility inside the headpiece is limited.

The base is a dollar store serving bowl that I cut a hole in and covered with padding and clothe. She does have to take one foot out to walk around, but it is easy to slip the foot back in when stopping and standing.

…or posing for pictures.

My children and their friends are all young adults and they raved about how “awesome” they all thought this costume was. I have been asked to make a couple replicas for them .

I have just finished the costume and it is between seasons, but I was so thrilled with the results that I just had to share my pictures and story. If anyone likes my idea , they have plenty of time to “pin’ it and get it done by next fall!! 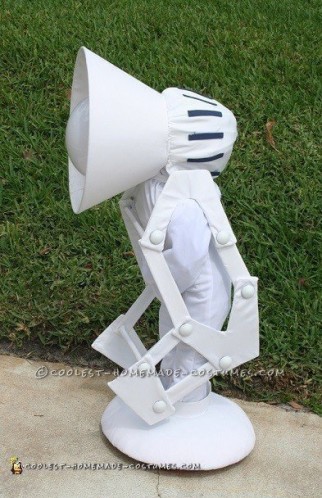 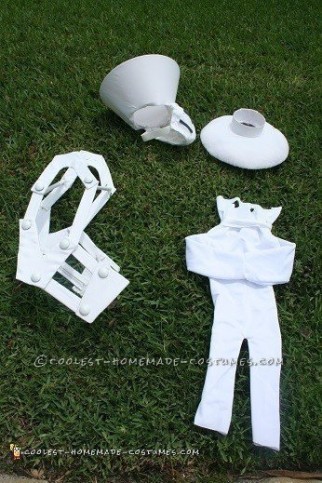 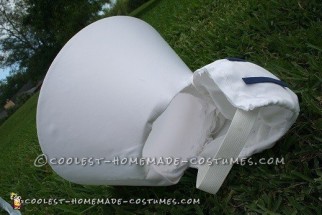 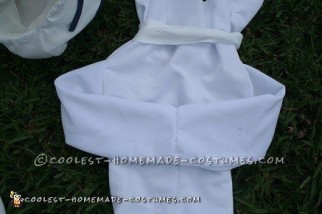 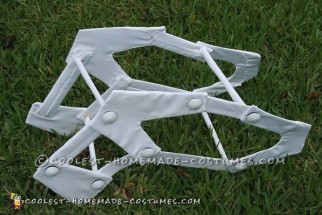