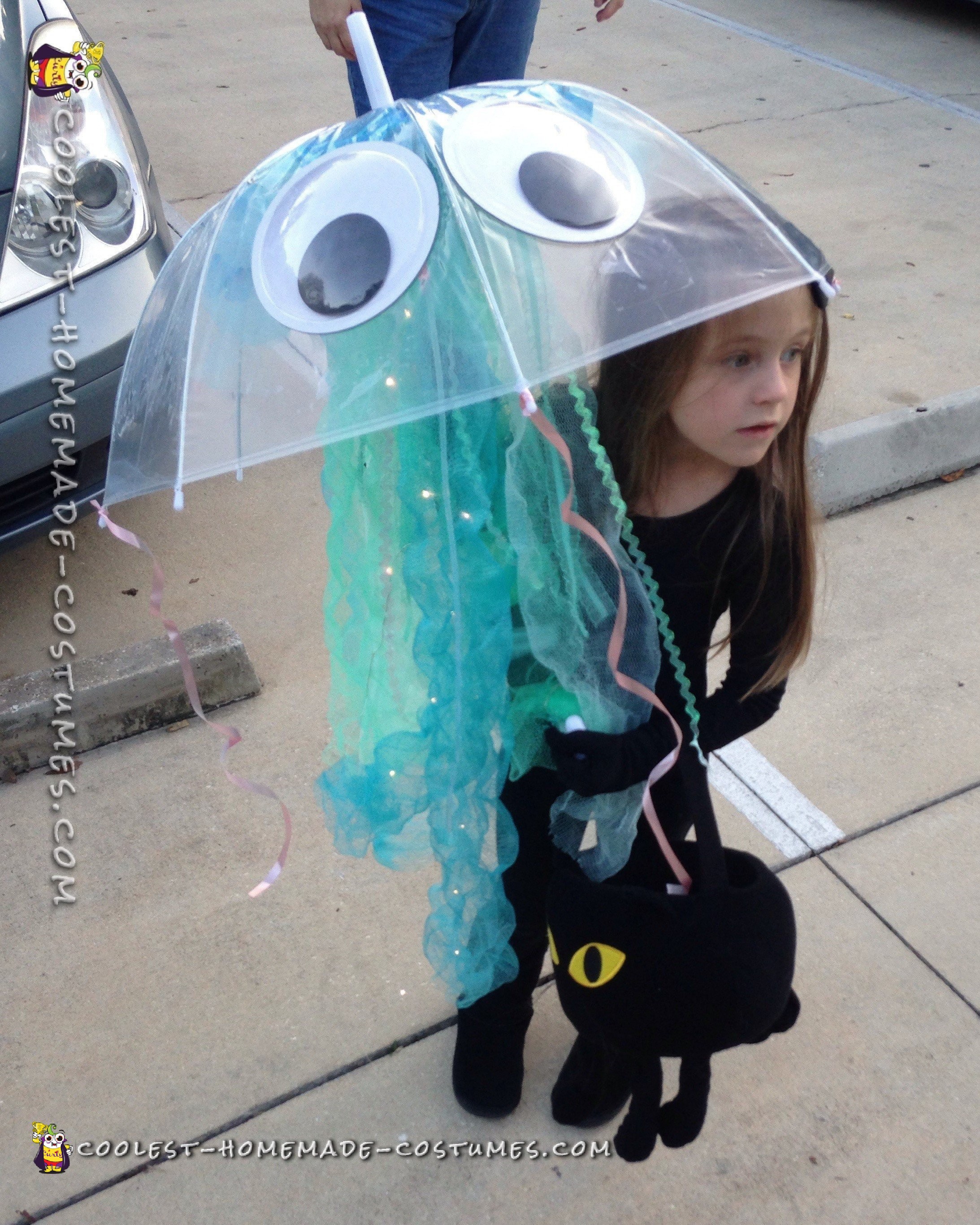 My daughter Ella loves all things “Under the Sea”, so this year she wanted to go as a Jellyfish! I figured it would be easy to make so we gave it a shot. I got the majority of the materials from the dollar store, because our goal was easy and cheap. And it turned out amazing! She smashed the costume contest and won first place, by a landslide!

For materials I used two dollar store loofahs, some small push dome lights (also from $ store), a kids clear dome umbrella (ordered this online for $10), giant googly eyes (found at target for $3), a pack of battery powered LED twinkle lights, and some rolls of tulle/ribbon I had. I went for anything iridescent and squiggly shaped! Oh and some long glow sticks! But it’s pretty open to interpretation and you can use whatever you have around the house to make the tentacles!

I wove some tulle and crinkly iridescent gift wrap in between the spokes of the umbrella to give the head some color, then I simply tied various lengths of tulle and ribbon to the spokes. Cut the string from the middle of the loofahs that holds it together and wah-la! Perfect jellyfish tentacles! so easy! I tied those on as well.

I tucked the dome lights up top and threaded the twinkle lights through some of the tentacles and taped the battery pack to the umbrella handle. I should have bought more lights but I was trying to stay cheap! And it worked out ok. everyone absolutely adored her costume and it looked so pretty both during the day and when it was all lit up at night!

The only part I would change is that she had to hold the umbrella and her candy bag all night while trick or treating, so if I had to do it again I would rig up some sort of way to attach it to her and not make her carry it, but she loved it and wanted to show it off to everyone and everyone wanted to stop and take her picture! 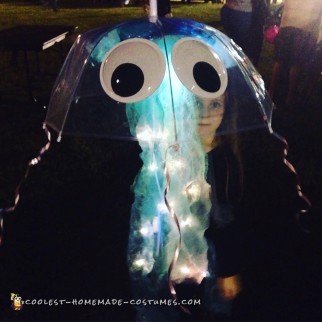 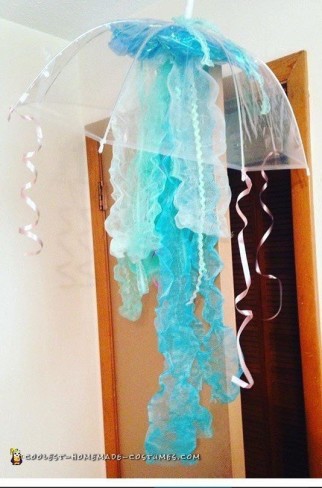