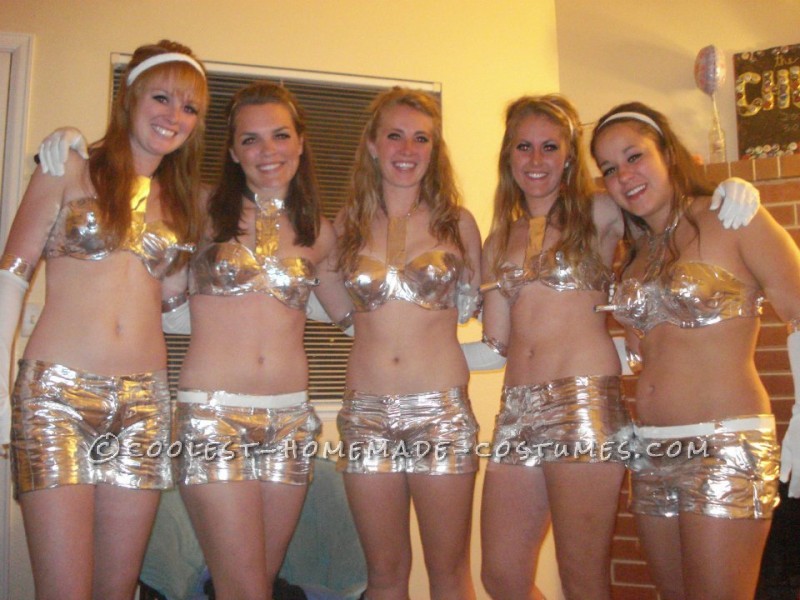 We all bought cheap strapless bras and shorts because we didn’t want to ruin the good clothes we had with the duct tape residue! All of us taped the bra and shorts with metallic duct tape and used white tape to tape up some socks to look like go-go boots. We made the Duct Tape Fembot costume at least two weeks before Halloween because we were so excited for it and it was all coming together after putting so much thought into what we wanted to be for Halloween.

The best part of making the costumes were making the infamous “boob guns” because that was what made the costume so great and iconic. We cut some toilet paper rolls to make the “guns”. It was so great to go out and so many people recognized what we were and EVERYONE wanted a picture with us because they said they have never seen anyone pull our costume off. The only downside was some of the tape would rub against our skin constantly so we had a few blisters after Halloween weekend. Such a cheap and fun costume to make and I would do it again in a heart beat!