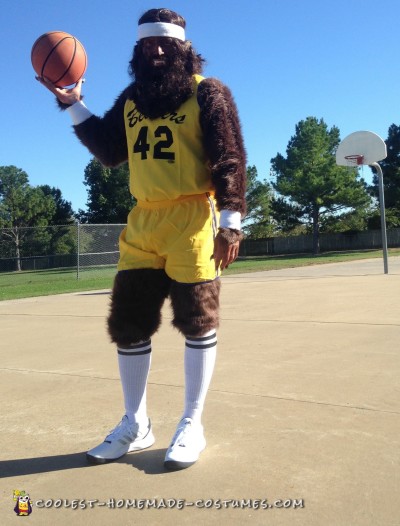 This is Bryan. He’s a huge Michael J. Fox fan. And the number 42 was also his basketball number back in high school. Additionally, he has a serious “man beard” and didn’t want to shave for an 80s themed b-day/Halloween party. Turns out there are not many guys from the 80s with a huge beard. When we had the idea for Teen Wolf costume, it was like the stars aligned.

The jersey was purchased, but everything else was pieced together.

The “fur” was a labor of love. It is brown fabric purchased from a fabric store and was cut, stitched, glued and taped to black Under Armour type tights and shirt. A modified wig and beard were used, as well as brown paint and fangs. We used spirit gum to attached additional fur/hair to his face and hands.

We went out after the b-day party and people were literally stopping him on the side of the road to take a photo. It was awesome. Perhaps the best part was getting in the Uber that night. Haha. 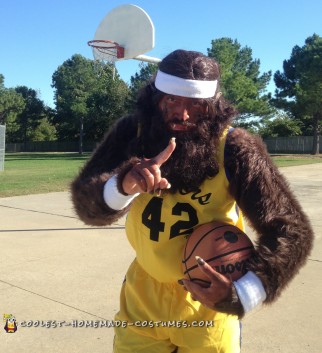 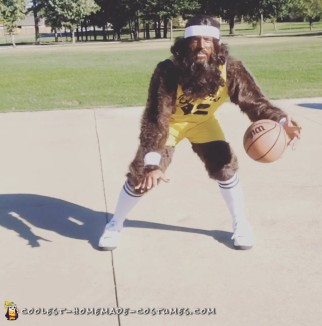 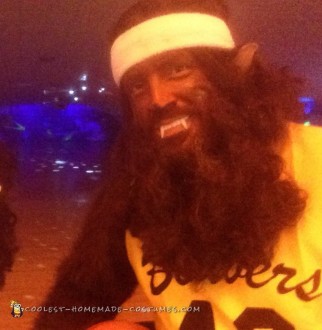