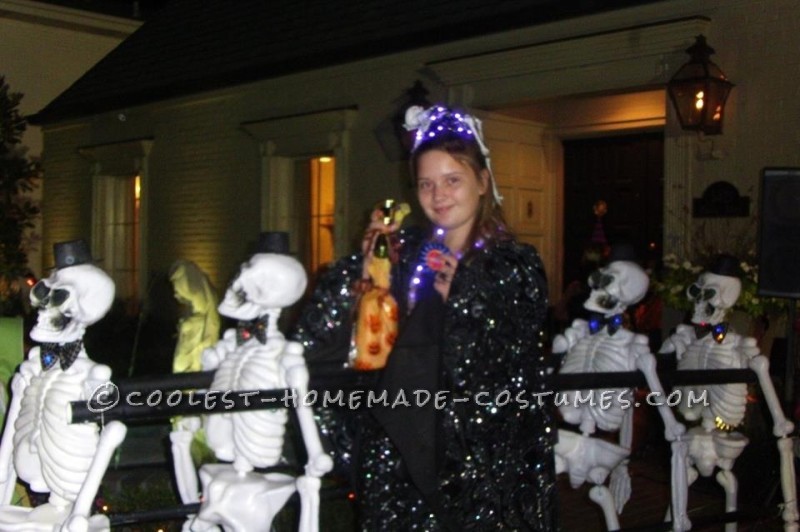 This was a mother-daughter project. We got the idea from a Dancing Queen of Hearts video on Youtube, by Christopher, and modified it to a halloween theme, with 4 glow in the dark skeletons attached to the Queen by PVC pipe we got from the hardware store and spray pained black.

I had to use a drill for holes in the pipes and skeletons and punched a hole in my leather chair – but thankfully not in an easy-to-see spot! We attached the poles to my daughter via weighlifter’s ankle velcro bands and a harness for binoculars at the chest. We used cheap plastic zip ties to attach it all and they held up fine. We also added a small black pouch with an iPod and portable speaker with music to dance to (starting with Monster Mash)…it was the hit of the block party, making people laugh out loud to see her dancing with her ‘entourage’ up the street to her own music. And she won first prize in a very competitive contest – I knew she’d won when the judges were laughing and clapping…a great time was had by all! Even little kids were coming up to shake the skeleton’s hands and dance with them. Very precious memory! 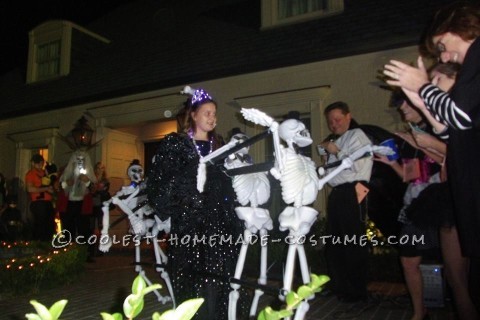 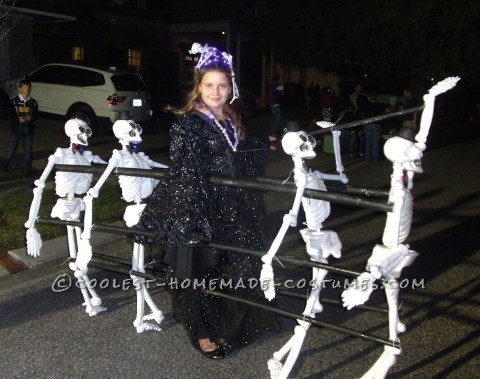