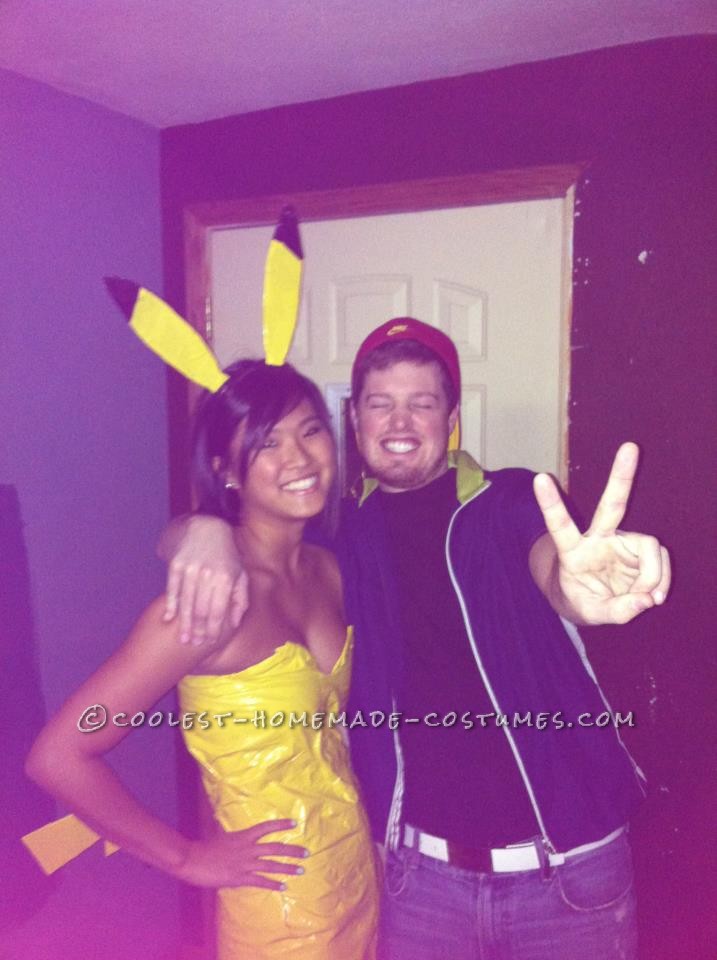 My boyfriend and I wanted to make something original and since we were both once fans of Pokemon, we decided on Ash and Pikachu. I made my Pikachu costume out of a slip bought for 3 dollars from a thrift shop, black and yellow duct tape, and cardboard! I started by covering the slip with yellow duct tape all in one diagonal direction (so it allows for movement) and then I cut out a tail and ears out of cardboard.

I covered the tail with yellow and black duct tape and then attached it to the back of the dress. I attached the ears to a headband and voila! Pikachu is done. My boyfriend bought a cheap jacket from Goodwill and I hemmed it. He then used jeans, a belt, and a hat that he previously owned.

By far the cheapest and easiest couple’s costume! Super cute and original and we got a lot of awesome reactions to it! Everyone wanted pictures with us and thought it was adorable. They also couldn’t believe we made everything ourselves. 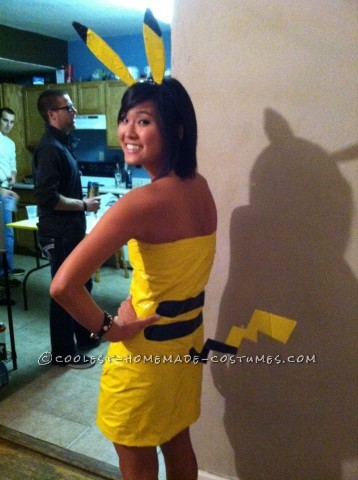