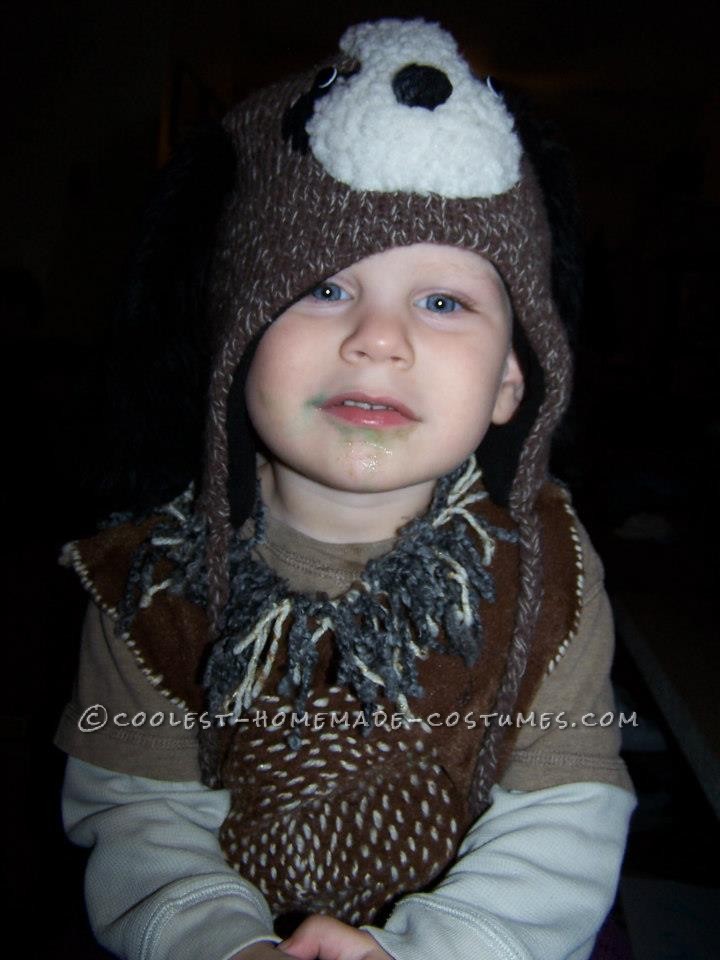 My 2 year old son loves his dog hat, and I couldn’t convince him to wear anything other than his hat for Halloween. I didn’t realize this would be the case until I tried to get him into the outfit I had prepared for him (a dragon costume). So, a couple of days before Halloween I started making him a dog costume to go with his hat.

I found about 1 1/2 yards of a fabric at Goodwill for $1.00 (it was that material that they used make those old soft/fuzzy blankets out of) that matched his hat perfectly.

As I didn’t have a sewing machine, I tried to make a pattern that wouldn’t require too much hand stitching, and that would be able to fit over his jacket and warm clothes. So, I decided on a simple tunic shape that just required me to stitch up the sides (the pattern was simply rounding out the arm holes, neck and making sure it was wide enough and not too long). Then, with the scraps from this pattern I made a tail pattern that was a curved triangle, once again just requiring me to had stitch one seam. I stuffed the tail with the stuffing from a stuffed animal I cut apart for my costume.

Once I had the basic shapes down I tried the color scheme together with the hat by using two varieties of yarn. I used a large needle and blanket stitched the neckline and the slits I left on either side (the slit were intended to make it easier to pull over the clothes). The fabric was kind of foamy and took the yarn sticking like a champ. I also did the same with the seam of the tail.

I attached the tail by with Frankenstein stitching (lovingly called this because it’s rough and hurried, as I did this part Halloween morning) with a cream colored yarn and stitched it upwards to give it the impression of a big spot. Then I took the same color, with the same technique, and gave the front/stomach the same design and the arms. After that, I took a grey yarn and kind of latch-hooked longer yarn onto the neck, sides and bottom of the tail (with some of the cream yarn for highlights). 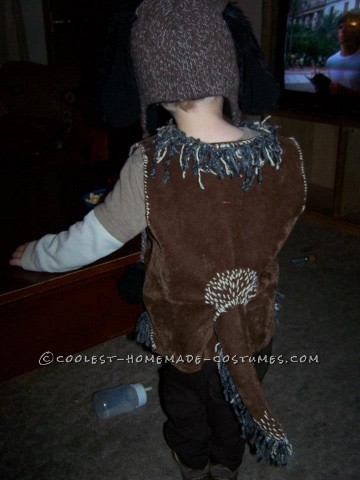 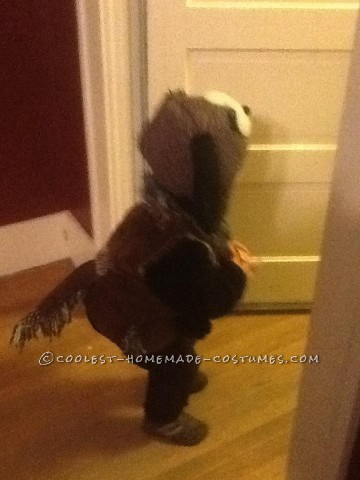 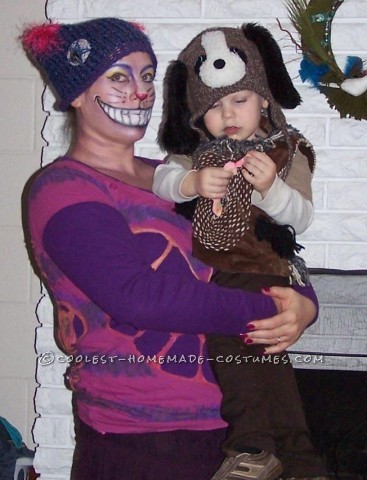