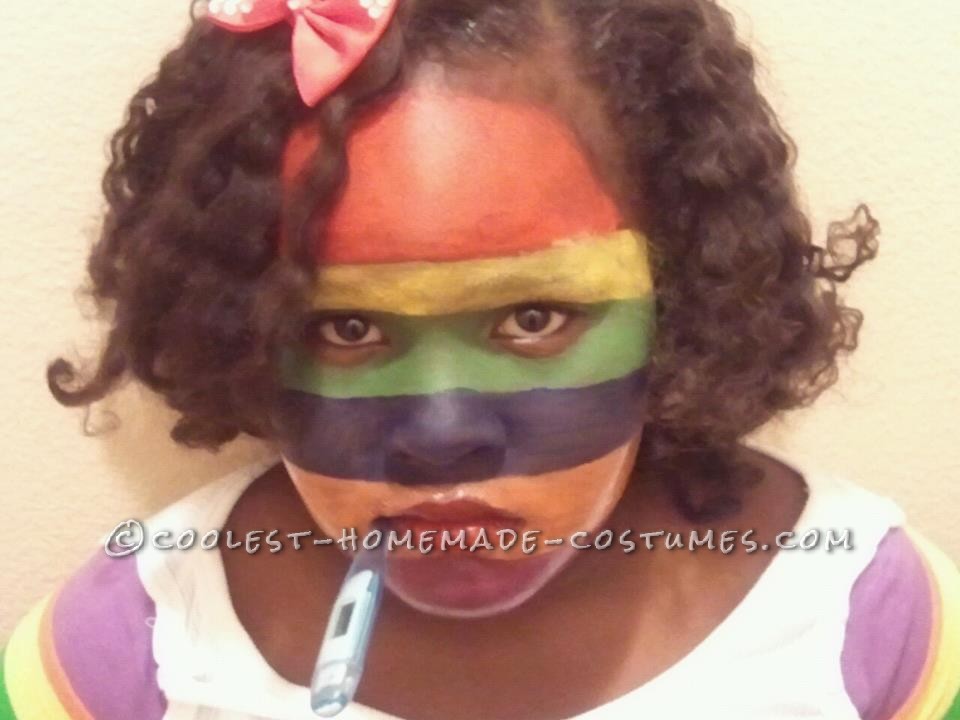 Each year, my daughter’s school holds an event around Halloween time called Literature on Parade. Students are able to choose a popular literary character to dress up as, in lieu of dressing up as a witch, ghost, or superhero. The skill feels as though this is more educational than celebrating Halloween. So my daughter and I began thinking about which character she would be. She had recently visited the book store and bought the book A Bad Case of Stripes, by David Shannon, so that was the first character she thought about.

We began making the costume, The first step was to gather all of the materials we needed. We determined we would need striped knee high socks (2 pairs), a white tank top, pajama bottoms, fuzzy slippers, and a lot of face paint. I sewed one pair of the striped socks onto the tank top. Basically, I cut the lining at the toe to open the sock up and then stitched it around the “arm” area of the tank top. The rest was pretty simple; she put on the other pair of socks, and pajama pants, and then it was time to paint her face.

Note also that her hair was done to match the character’s as well. I sectioned her hair, braided the sections then pin curled the braids. The day of the parade, I took the pins out, unbraided the hair and had the waves. I used regular face paint, paint brush, and masking tape. I placed the masking tape on her face to separate one section from the other, moving the masking tape each time. We painted her face and she was Camilla Cream! 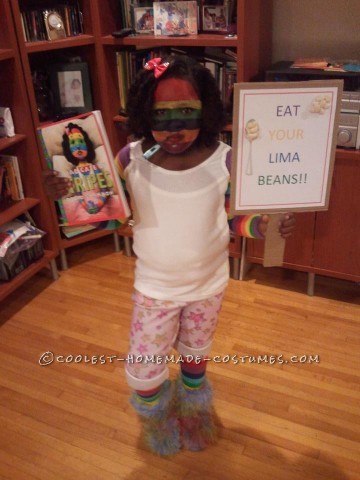 Coolest Homemade A Bad Case of The Stripes Costume