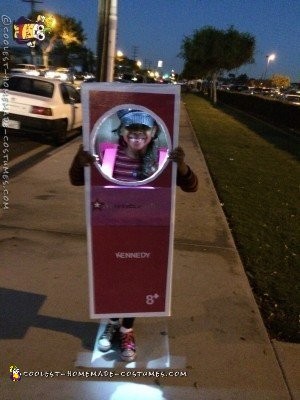 I made this American girl costume for my daughter because she is so into American Girl. I searched for ideas and found some great pointers on Pinterest.

I got a box from UHaul box that was made to carry sporting equipment like golf clubs. I taped the box on the bottom and measured the length of the box to my daughter and cut off excess from the bottom so that she could walk. I spray painted the box with a primer and gloss paint from Michael’s. We did the front and back hot pink and the sides deep red.

I used the lid of a pot to draw a circle for the front cut out and then used white duct tape to make the borders. I glued different color pink stars to the side. I used letter stickers to spell out American Girl and the doll’s name. I also added a light inside so that she could see at night.

On Halloween, you would have thought Beyoncé was walking through the neighborhood because because the kids and parents were screaming and taking pictures. She was the hit of the evening with her American Girl Costume 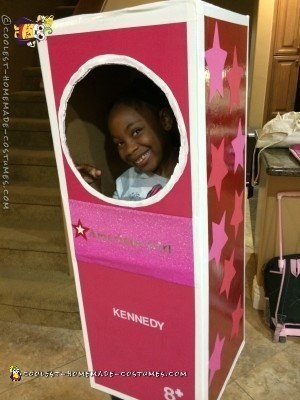 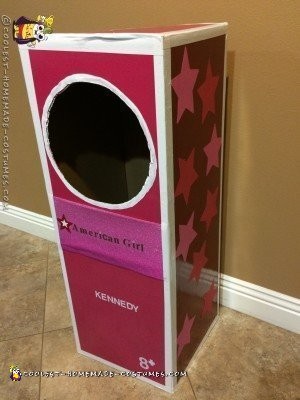 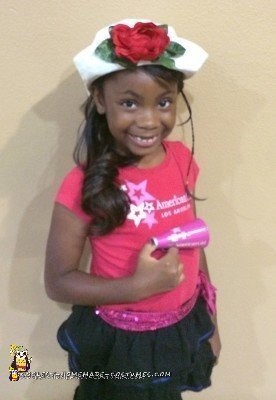