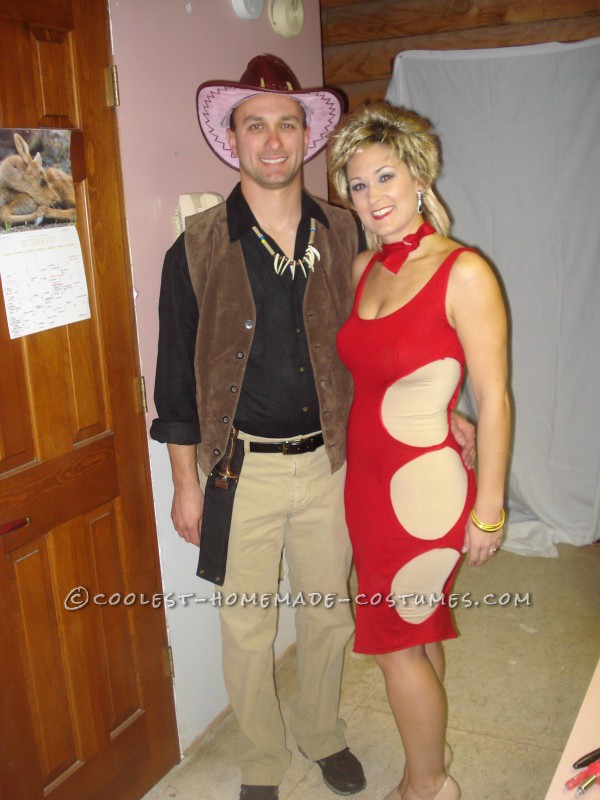 I decided that my boyfriend and I were going to be Crocodile Dundee and Sue after I found out he’d never seen the movie before. I made my costume from a dress I bought on-line that was made of the most difficult fabric you can work with. I found that out after I bought the dress-which I also found out that it would have been easier to make the dress from scratch rather than trying to recycle a dress. My friend helped me out with about half of the dress because I was so nervous and I did what I could. It really proved to be time consuming and a total waste of time because nobody knew who we were and we only stayed at the costume party for an hour. I will say that I actually contacted the owner of the original dress from the movie! I wanted to wear it so bad!