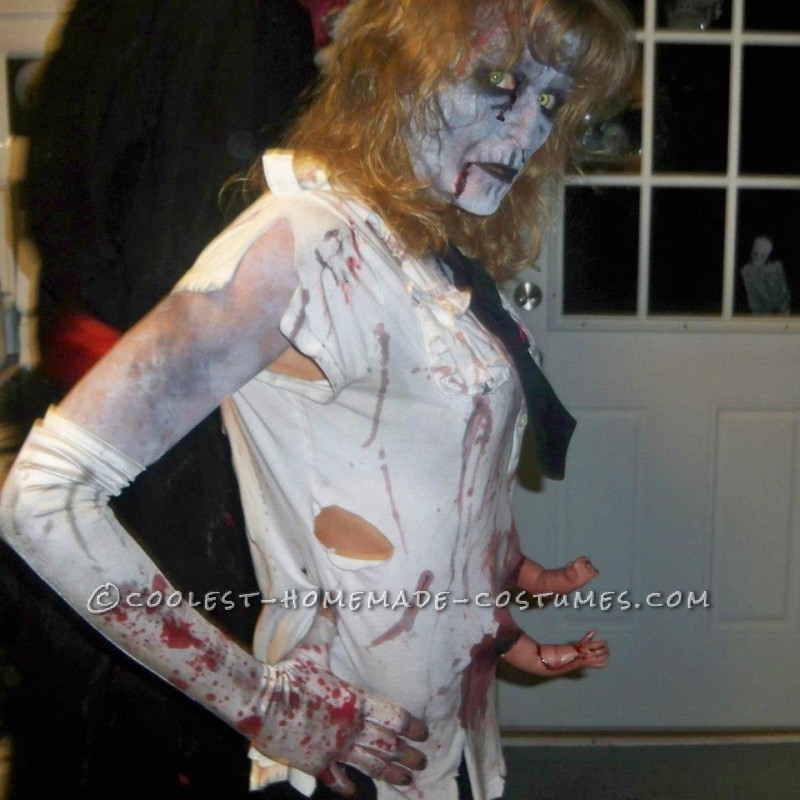 My husband always had me dress as something sexy, but sexy doesn’t win contests. This past year I decided to go with a zombie since The Walking Dead was so popular, but I wanted to be unique, I didn’t want anyone else to have anything even close to what I was going to wear.

I used my own clothes (just an old shirt and a skirt) and ripped them.I put ashes,dirt and fake blood on them.  I went to a Goodwill store and bought the babydoll.My son had a elastic waist belt(the kind they wear when having to lift heavy things)that he had from working at Walmart. I cut the belt and sewed on some velcro so it would fit more snug to my body.  I took the babydoll and  pulled the  arms off and sewed them to the belt. I used fake blood to use all over the dolls arms and have it dripping off of the fingers.

Then I  cut 2  holes in my shirt(just barely big enough for the arms to poke through). I bought some  zombie makeup and several kinds of  fake blood.I had gone to Ocean City, Md. during the summer and purchased some zombie  contacts. I took an old pair of white sneakers(which were already worn,cracked and dirty) and put blood and dirt on them.I rubbed dirt and ashes all over myself and my clothes.I bought two different kinds of decaying  teeth liquid, that I brushed on my teeth. I had a pair of bloody gloves and knee high socks from an old costume, that I covered in ashes and dirt.

I had practiced doing my make up many times prior to Halloween, trying to get it just right.The entire costume cost $50. We looked online to find out where all the contests were going to be and what the prizes were and made our schedule to go to as many as possible.We went to several costume contests over a period of two weeks and I won a total of $1000.00. We had so much fun and made money at the same time.We had so many people stopping us everywhere(even out on the streets as we were trying to get into the clubs) to take our picture and have one taken with us.It was definitely worth the time and thought that I put into it. 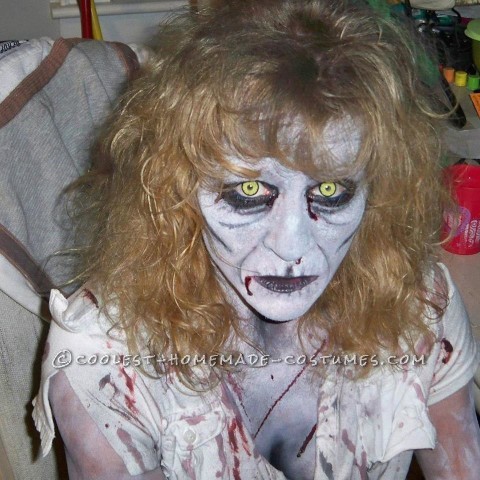 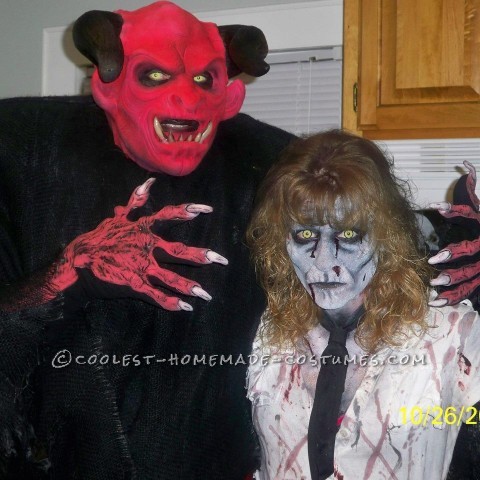 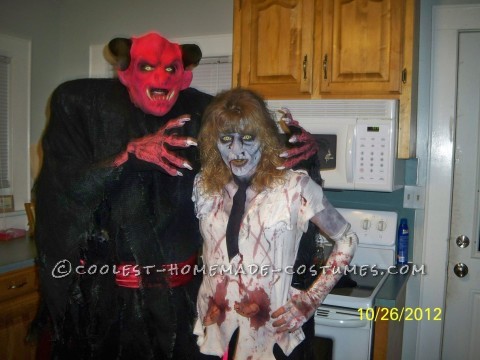 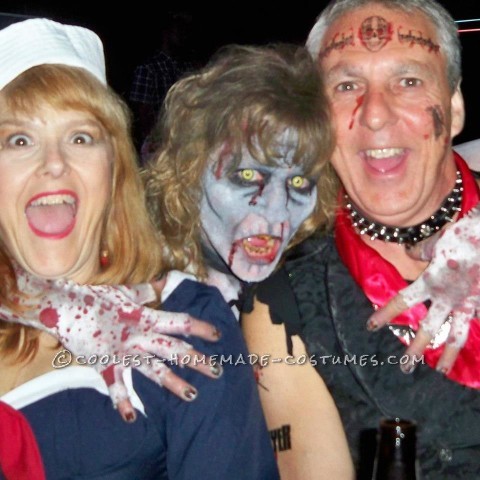