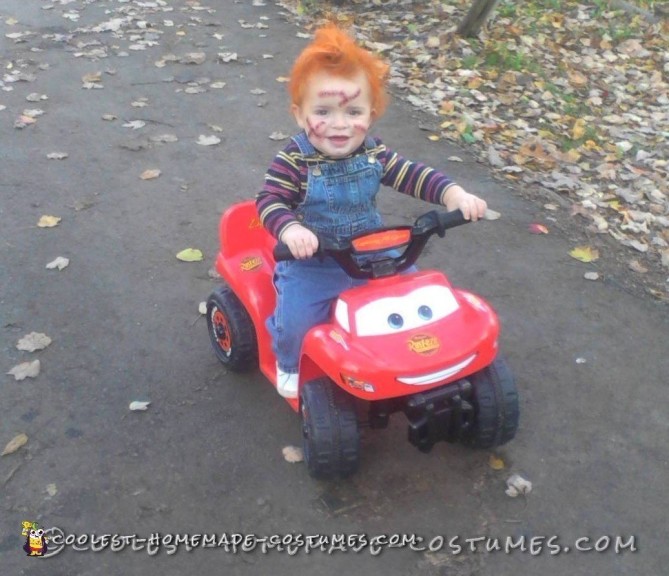 For my sons first Halloween we made his costume Chucky. Some say that dressing him up as Chucky was a little twisted but everyone has their opinions. But I’ve never seen such a big reaction when people saw him

We bought him some over hauls and and striped shirt like Chucky wore then we had a play knife and sprayed his hair orange (of course he had a head full of hair).

He had the little white shoes. Everyone loved his costume he actually looked just like a Chucky doll. We had people coming up asking to take pictures of him that we didn’t even know.. I think he came out with 2 bags of candy that year. 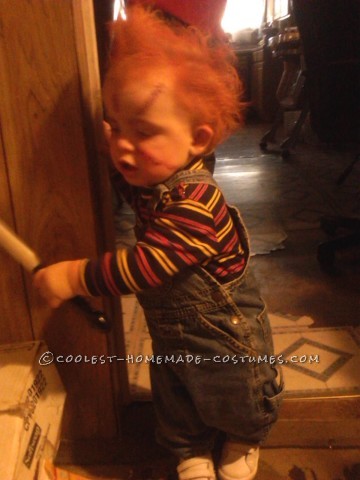 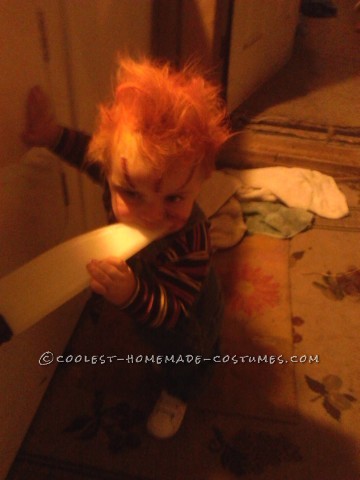