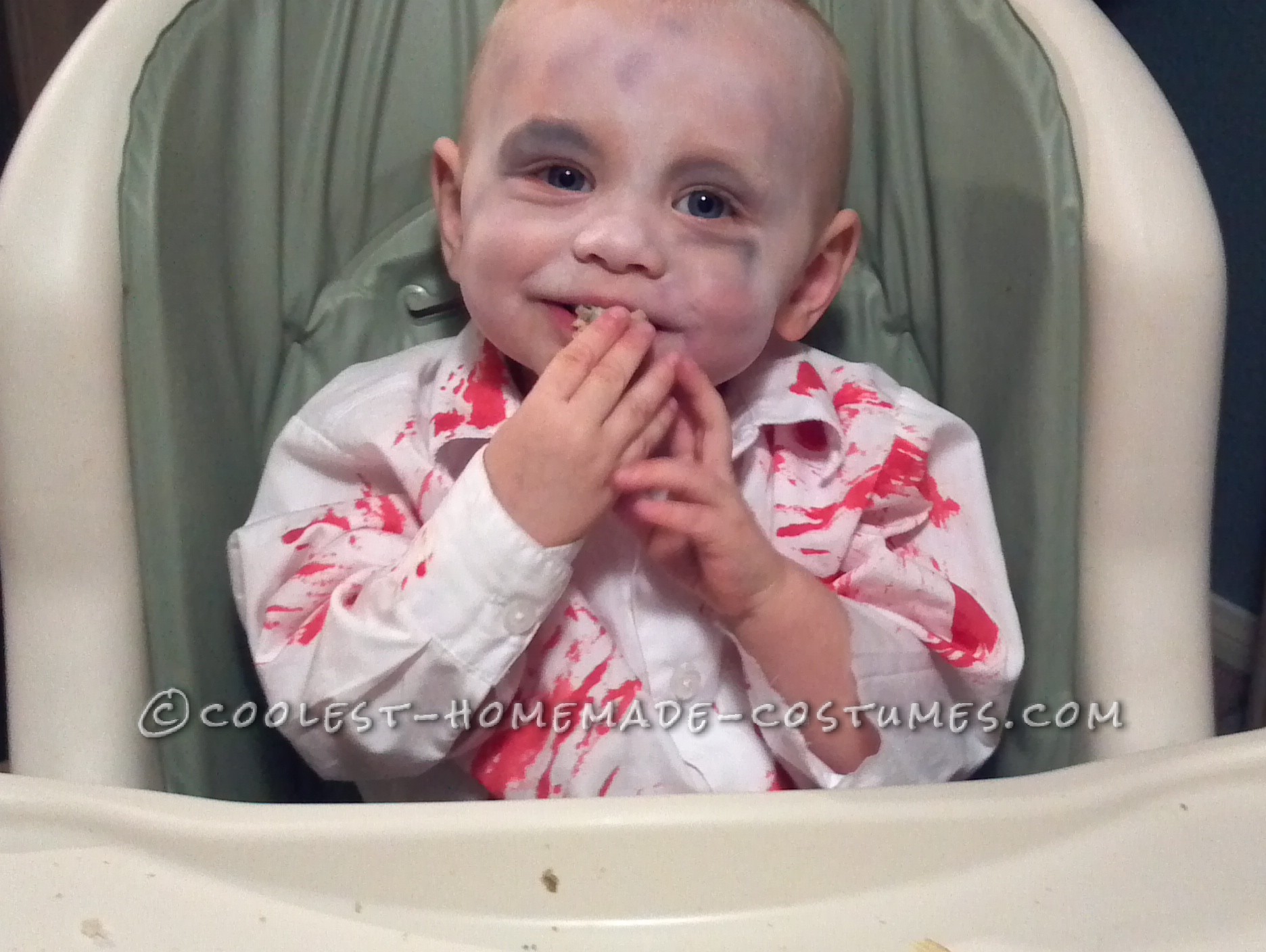 My son was 14 months old during this time and this was his first real Halloween. I wanted to turn him into something scary and cute at the same time without spending a lot of money because I knew he would only get to wear the costume once. It does not make sense to me to pay premium price for a pre-made costume being that he was a little over a year old.

I hit my local thrift store and found a white collared button-up long sleeved shirt in his size (12 months) for $2.00. I then found dark brown corduroy pants in his size (12 months) for $3.50. The day before Halloween, I ripped the bottom of the shirt to make it look a little torn and splattered fake blood (small tube of fake blood for $1.00 from Wal-Mart) all over the shirt. I let the blood on the shirt dry overnight. He wore some basic sneakers that he had in his closet. I wanted him to be able to walk around and Trick-or-Treat comfortably.

As far as his makeup, it was a simple tube of white Halloween face paint ($1.00 from Wal-Mart) and a small “bruise” face paint kit that included purple, blue, and black ($1.50 from Wal-Mart) I highly recommend doing a makeup test for anyone that wants to use makeup on their little one, you never know if they could have a skin reaction to the makeup, but thankfully, my son did not have a reaction. Better to be safe than sorry! I used some of the makeup a few nights before Halloween for my own zombie costume at a local Zombie walk, so keeping the makeup came in very handy.

I used a makeup sponge and used a very small amount of white face paint and lightly covered his whole face in that color. Then I used the same makeup sponge and used a small amount of black around his eyes and added some blue and purple around his face to create a bruised dead look. The makeup only took about 5 minutes, and it did not bother him at all. It was also very easy to wash off at the end of the night.

He was getting so much attention! So many people loved his costume and even stopped to take pictures of him. There were even big kids that were afraid to come up to our house when he was standing in the grave yard in the front of our house, his costume looked pretty scary outside in the dark!

Total Cost spent on this costume was $9.00…not bad for the clothes, makeup, and fake blood.

I’m so happy that his costume was a hit!! 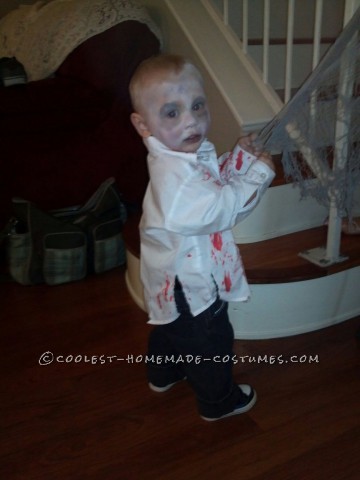 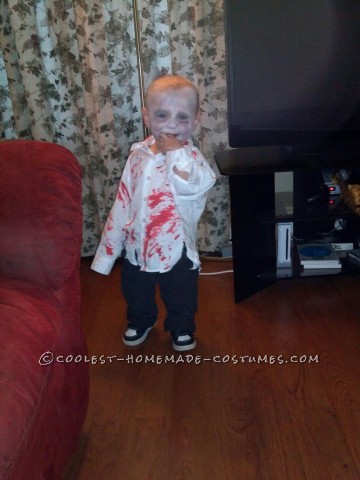 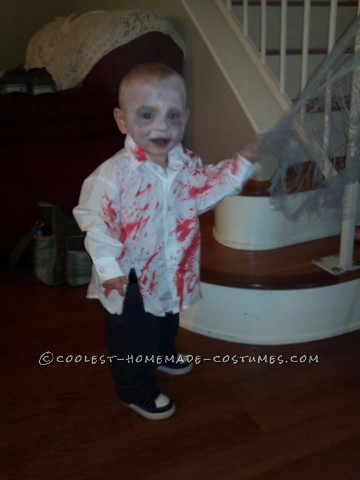