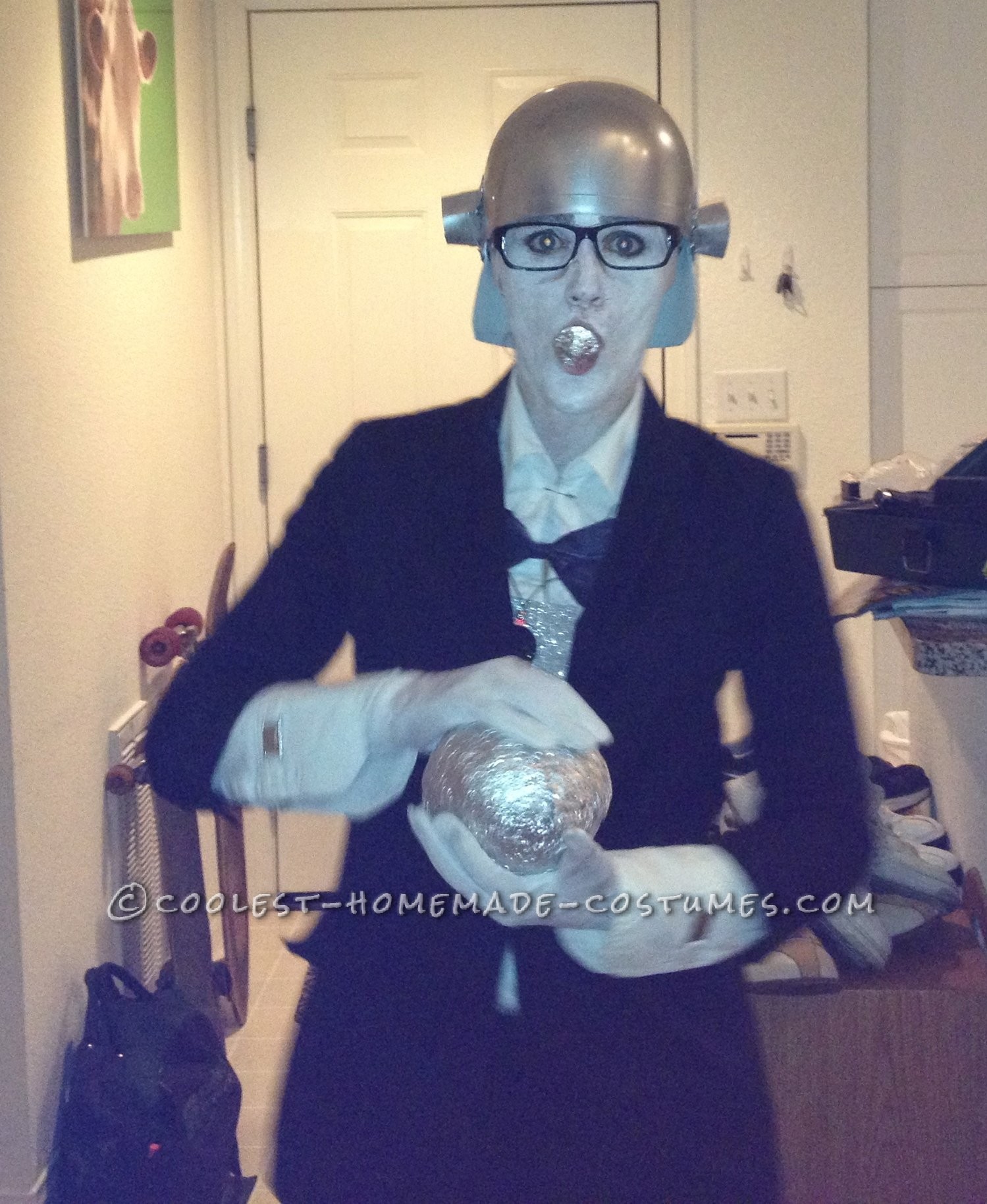 I recently watched “Sleeper” with Woody Allen and it became an instant favorite. Found a police helmet from the Halloween store and cut off the brim and spray painted it silver. Cut toilet paper rolls in half for the ear pieces and affixed them with a hot glue gun. Filled them with tin foil and made a third piece for my mouth as well. Used an old Yager light up necklace that was given to me at a bar by a promo girl and glued it to a silver sheet of foam for the chest control panel.

I bought a white bow tie and colored it black. Bought a small foam ball from Michaels and covered it in tin foil. The rest of the suit came from my closet. I was worried female suit pieces would look to feminine but it looked perfect. Painted my face white, and threw on glasses, oh and don’t forget coloring in Woody Allen eyebrows, this is after all a costume within a costume (Woody as a robot).

Took a lot of work but the results were worth it and overall a pretty cheap costume. Few were old enough or big enough film/Woody fans to recognize me, but the ones who got it said the costume was spot on (and I agree). Hope you like! (I included a regular picture so you can see what a transformation it was). 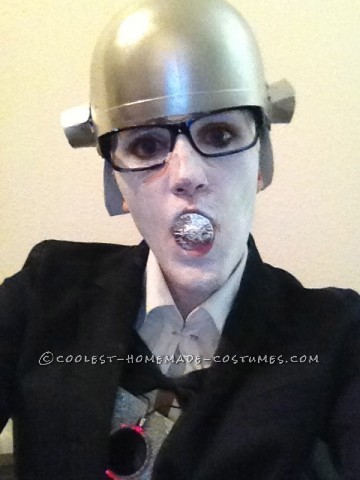 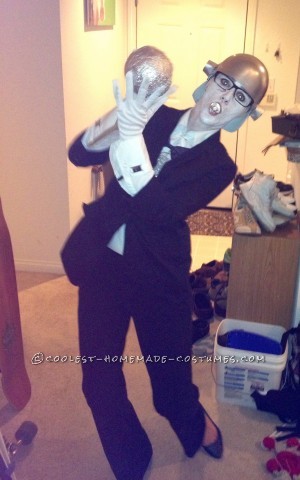 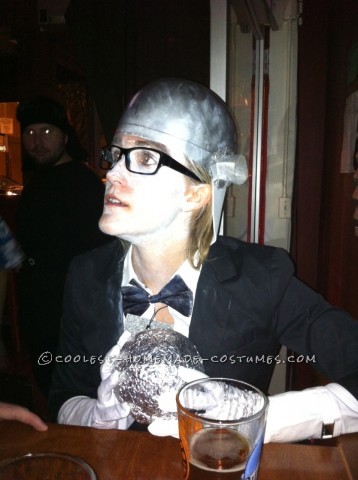 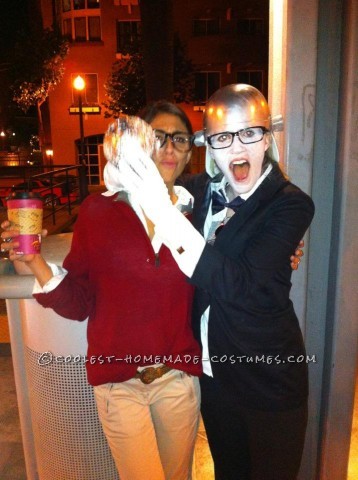 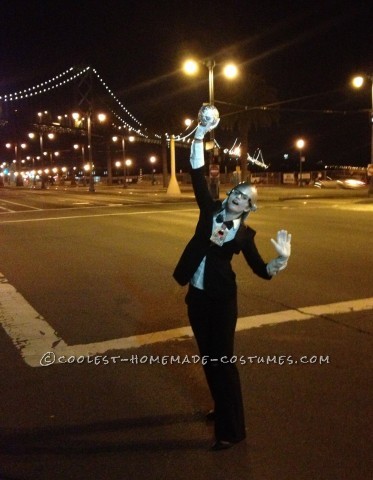