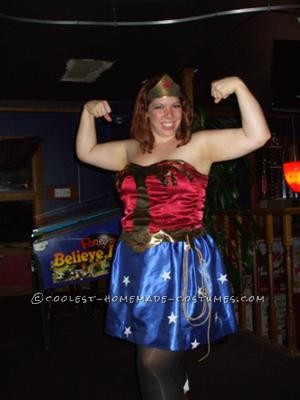 Obviously Wonder Woman isn’t the most original costume idea ever, but I went with a whole 80’sish costume theme for my kids and I. I absolutely loved this costume, and I was so satisfied with how it came out.

I wanted a skirt, those legs aren’t meant to be in some leotard. I used a pattern for the corset, and I wish I had a picture of the back because it’s laced up with gold ribbon and was very pretty. I then took the gold fabric and made iron on accents for the top using Heat bond (which is the best stuff ever, I use it in so much costuming).  I also used this same technique to make the crown and put the stars on the skirt. In hind sight I would probably paint the stars on my skirt because they eventually started falling off.

The boots were probably the biggest pain! Painting boots really just doesn’t work very well and the white was duct tape. But thankfully I got a picture early on in the evening because by later they were totally flaking apart. When I took my kids trick or treating I just ended up wearing Converse. 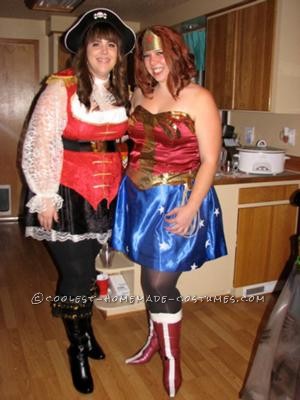