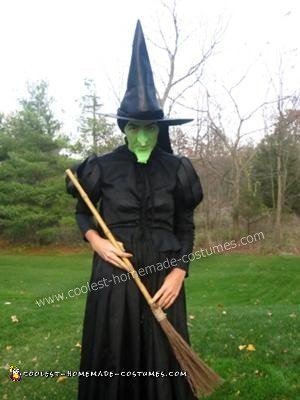 Wicked Witch of the West! This classic Wicked Witch DIY Halloween costume was homemade. I followed pattern for the dress but improvised for the cape and added the “wrap” for the hat. The hat and broom were the only store bought items.

Professional green makeup was spread over a nose and chin prosthetic piece to create the wicked face. My hands were also painted green (but not in these photos because I had to carry my children at the time the photos were taken). There are a thousand ‘wicked witch’ costumes but I made sure this costume was based off of the original pattern in the Wizard of Oz. A classic for sure. 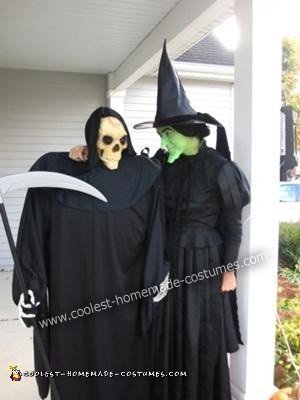 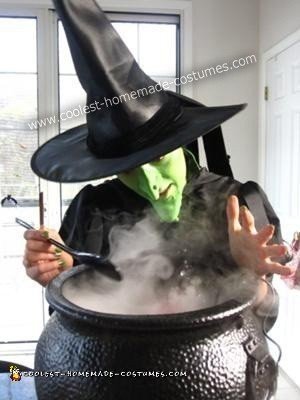 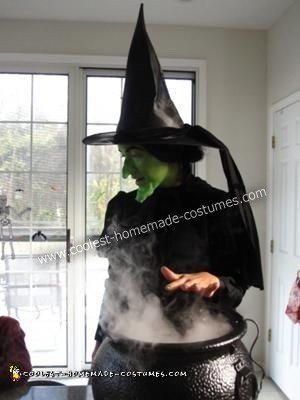