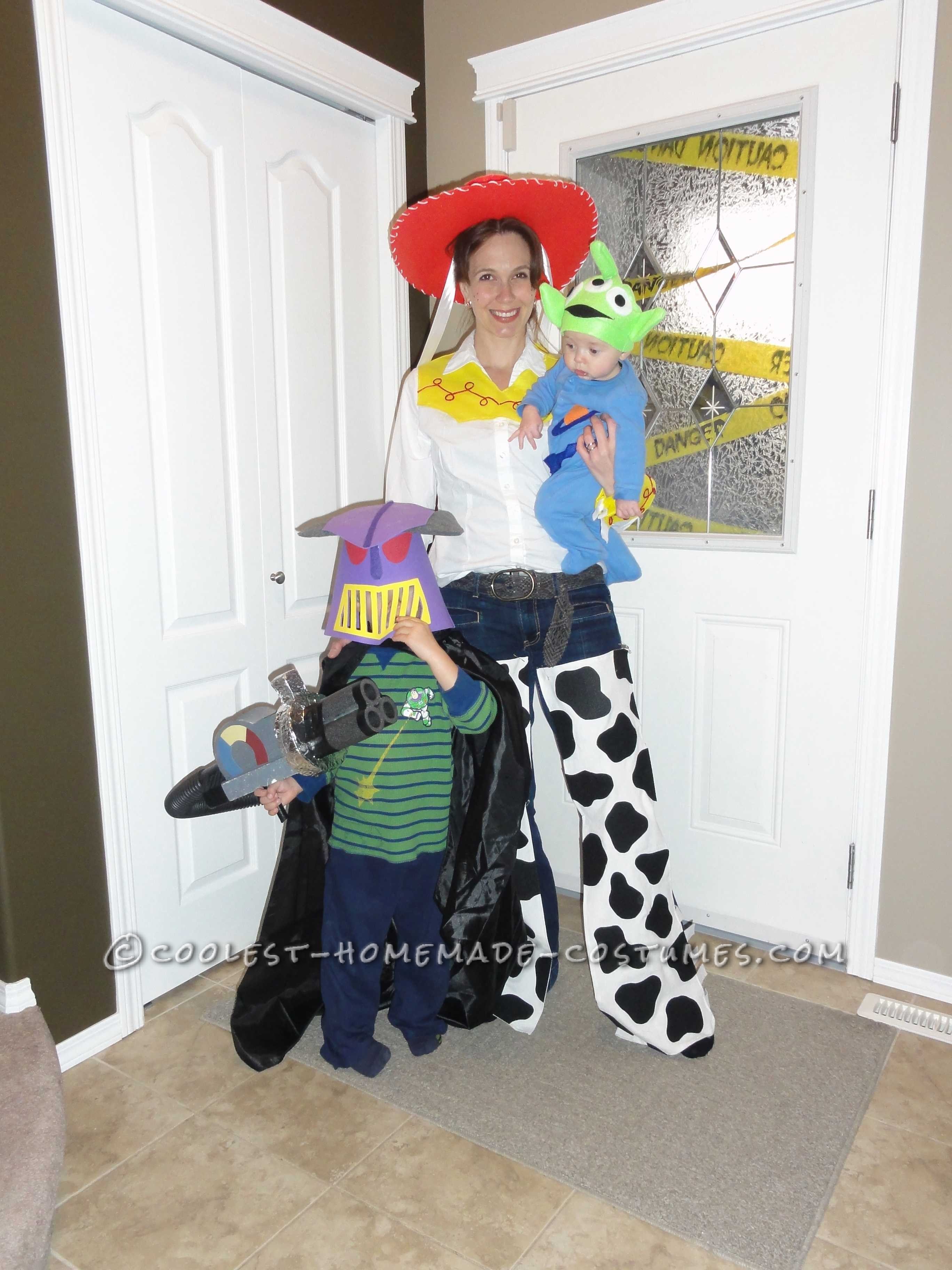 We decided to do Toy Story Alien, Zurg and Jessie Costumes for Halloween.

My youngest dressed up as the alien.  His costume was made from a blue sleeper in which I sewed felt onto for the belt and planet logo.  The hat was made completely from felt as well – pretty simple – but turned out pretty good.

My 3 year old insisted on being Zurg.  Hmmmm so my husband got this task!   The helmet was made from foam sheets, glue gun and some felt.  The Zurg gun and backpack was made from Styrofoam that was cut out and painted.  Completed with a black cape and tubing to connect the gun to the backpack.  None of the people on our block knew who he was supposed to be – you have to be a pretty big toy story fan to know about Zurg – but my husband rocked the costume!

I dressed as Jessie – very simple.  Sewed some chaps using old clothes and black felt – just pinned onto some jeans.  Made a yellow collar and cuffs with red detail on it that slipped over my head over a white blouse. Hat was made from red construction paper.

So much fun to dress up as a family! 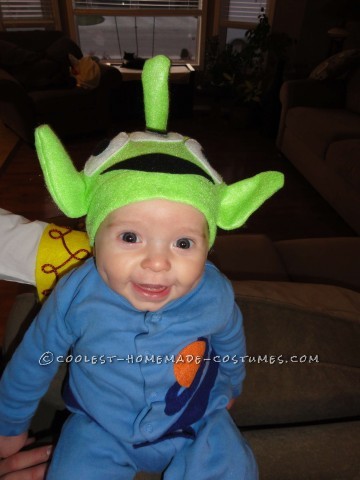