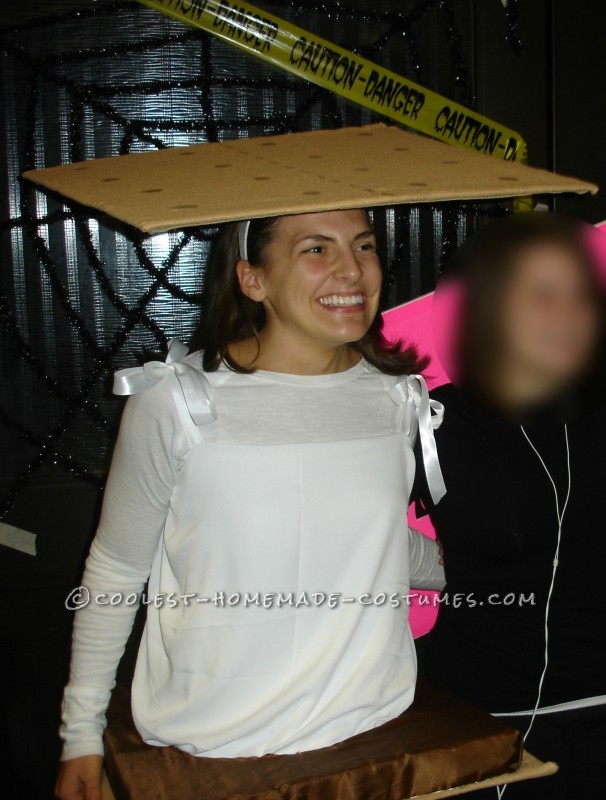 Three years ago I was at a bonfire in September. We were eating s’mores. It was that day I decided that I wanted to be a s’more for Halloween! I looked online for some ideas and they were all the same: Two pieces of cardboard on either side of for the graham crackers, something brown in the front or back to represent chocolate, and the people were dressed all in white to represent the marshmallow. I didn’t think making a s’more horizontally made a whole lot of sense. I decided to create on vertically instead.

My friend helped me and since we don’t sew we used a glue gun instead. I bought fleece fabric, white fabric, and chocolate brown fabric to represent all of the pieces. I also bought white ribbon for the straps. Then I covered cardboard with the fabric and used a glue gun to place everything. We topped it off by drawing on the top and bottom of the “graham crackers” to make them look more realistic. And that’s it, but I only won 3rd place in a contest.  Really??? Really???? Quail Man and a store bought Reno 911 costume is better than this? You be the judge.