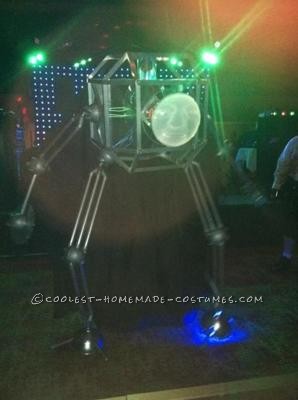 BrainStorm is made mostly of aluminum, along with PVC, plastic salsa bowls, and a good amount of electronics. I used EL wire, an infrared security camera, a toy voice modulator, several LED’s, vacuum tubes, and a tiny laser pico projector. This robot costume took three months of solid work to design and build it in early 2012. I’ve wanted to build a costume that used a projection of my face for the past several years ever since the small LED and laser powered projectors appeared on the market. The costume was designed around the face, and details slowly took shape as I decided to make it a robot, and placed its creation back in the early 1950s. This is BrainStorm’s origin story :

On July 3, 1947 a UFO carrying three alien crew members crashed in Roswell, New Mexico. Only one of the tiny gray creatures survived past the first day under the care of the military’s doctors and scientists. They named him Kevin.

Upon discovering Dr. Becker’s creation, the military attempted to terminate Kevin. When Dr. Becker tried to intervene, he was vaporized in the crossfire. It was at this moment that BrainStorm was born! A Super Villain Robot, powered by an alien brain!

BrainStorm is determined to destroy the earth and all humans living on it! 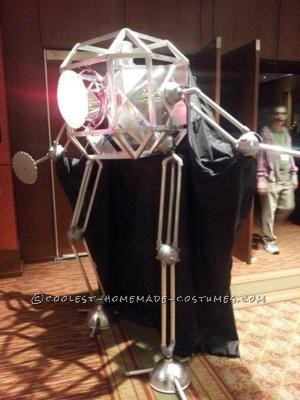 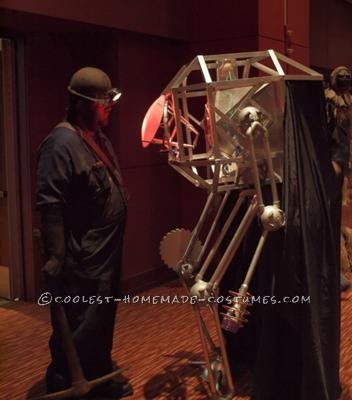