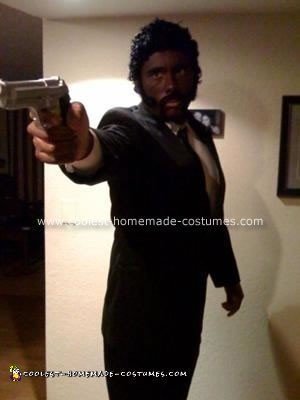 Being the huge Tarantino fans that we are, my boyfriend, my best friend and myself decided to be Vincent Vega (John Travolta), Jules Winnifield (Samuel L. Jackson) and Mia Wallace (Uma Thurman) from Pulp Fiction.

My Pulp Fiction Costume was made by using my black pants sewn to the ankle, black pumps, my own button down shirt, my own hair (I attached false bangs). I made a prop needle sticking out of my chest (like in the overdose scene), using a real injection (no needle) and using latex flesh to make a mold to attach as flesh. I had some fake blood running down my nose most of the night and a Capri in my hand.

My friend (who is actually white by the way) used an old suit he owned, and used brown face/body paint to make him look like Samuel L. Jackson. We got a Michael Jackson Thriller wig and cut it down, then used the leftover hair and glued it to his face to make the sideburns. My boyfriend, Vincent Vega used an old groomsman suit and bought a cheap witch wig from a local party shop, gelled it down and cut it to Vincent’s style. They spray painted some fake toy guys with silver spray paint.

We had a good time turning into character during the night from reciting Ezekiel 25:17 to dancing to Chuck Berry music at some house party. Oh and that’s our other friend behind us as Ralph Steadman (Hunter S. Thompson in Fear & Loathing). 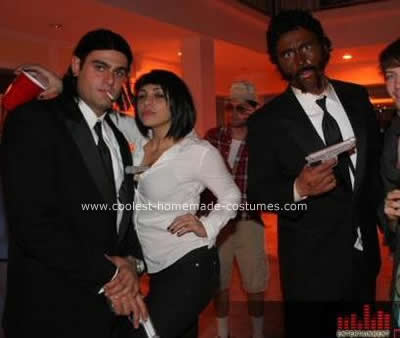 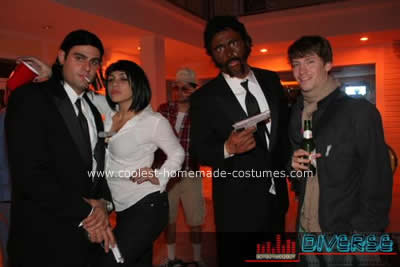