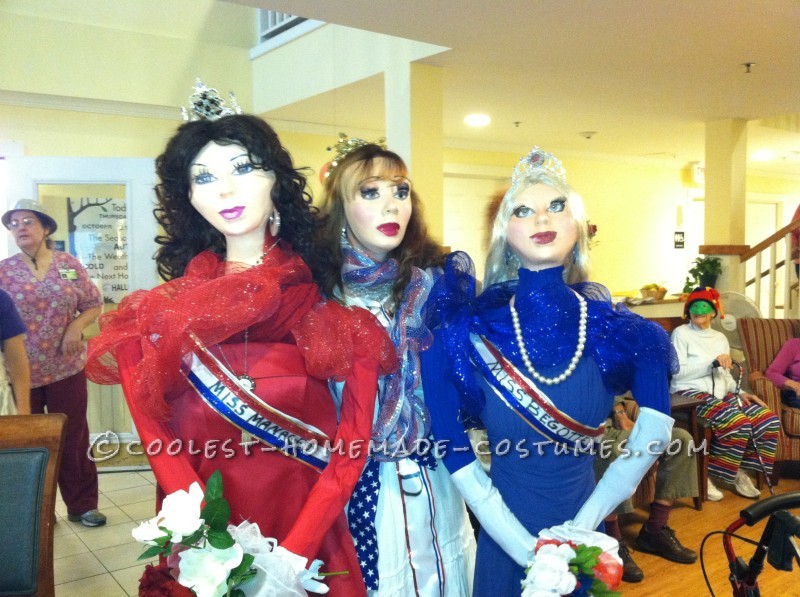 In years past I have enjoyed creating large, elaborate costumes that rested on my shoulders, stayed strapped to my waist or were attached to a backpack. (See photos for “Deer gets hunter” and “Genie on a carpet!”) I wanted to do something similar this year, but had a unique challenge as I had broken my leg in the summer and was on crutches. I used the unfortunate events in my American life for inspiration: the crutches, coupled with the shutdown of the United States Government, helped my costume idea take shape. I decided to go as three Miss America Government pageant contestants: Miss begotten, Miss-led and Miss-managed. First I duct taped a collapsible mesh clothes hamper to the crutch then attached it to a clothes hanger. I then split a pool noodle in half and taped it to the hanger for arms. I constructed the hands out of florist wire and toilet paper and added white gloves. The dresses were old prom gowns that I hung from the hangers. I used foam wig form heads that I had once used to create the Beatles. When I ripped off the Beatles facial hair it disfigured the surface of the foam faces, so I painted clear dollar store masks to resemble pageant contestants. I cut out eyes and lips from magazines and used false eyelashes to make them look more realistic. My tiara was crafted from a plastic headband wrapped in garland and a Christmas ornament. The Big hair wigs completed the beauty-queen look. I cut the top off the hangers and impaled the foam heads on them. I enjoy the creative process so I spent quite a bit of time trying to personalize the doll/mannequins with costume jewelry and dollar store flowers – all with a red, white and blue theme. The response from the crowd at the local pub was a cross between amazement and fear. It seemed that most of the females considered the costume “really freaky” and “the stuff of nightmares” and the males were a bit more intrigued, especially later in the evening when they had their beer goggles on and thought they could pick up three beauty queens at once. I did not take home any prize, but had so much fun creating this costume that I still felt like a winner. I was particularly pleased that it was both functional and fun. It spoke to my opinions and creativity without conversation, but it certainly worked as a conversation piece! 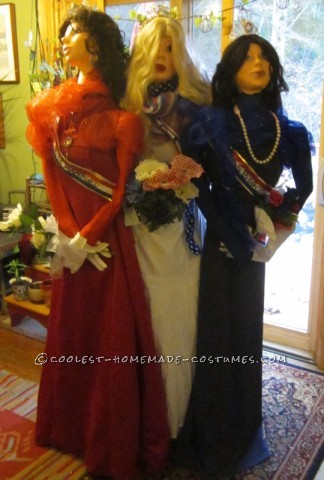 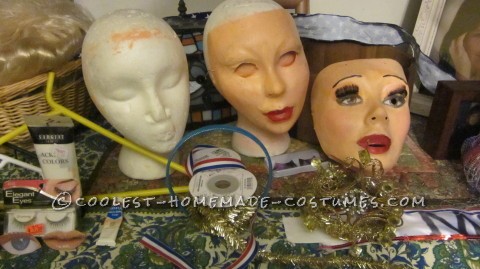 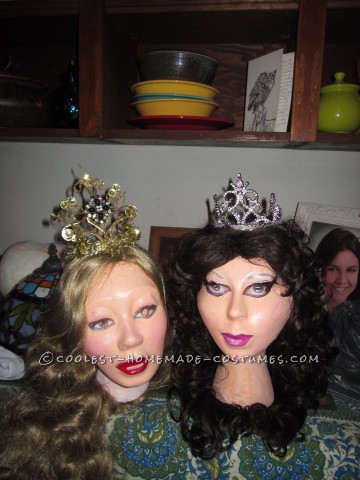 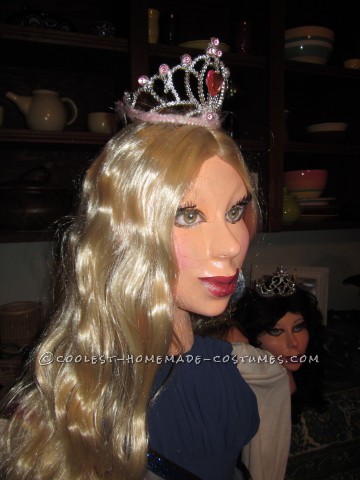 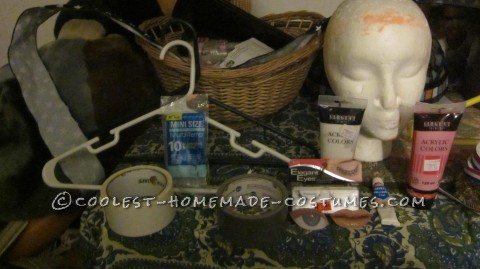 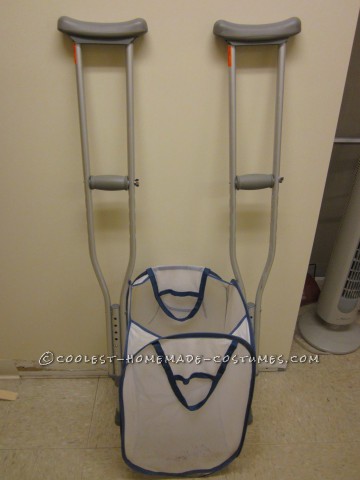 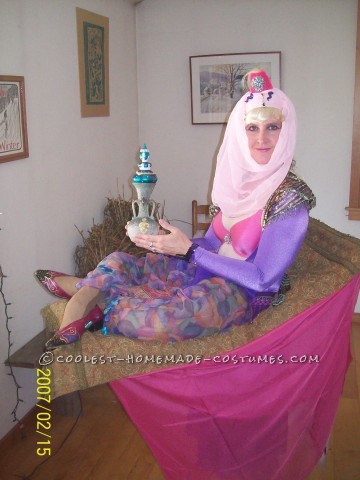 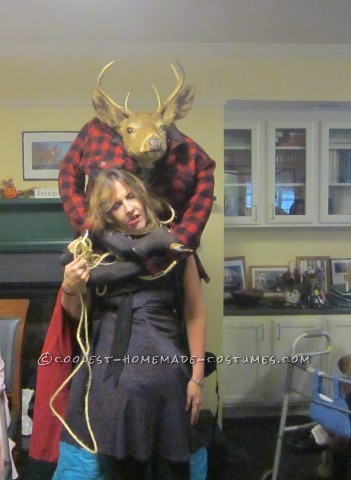