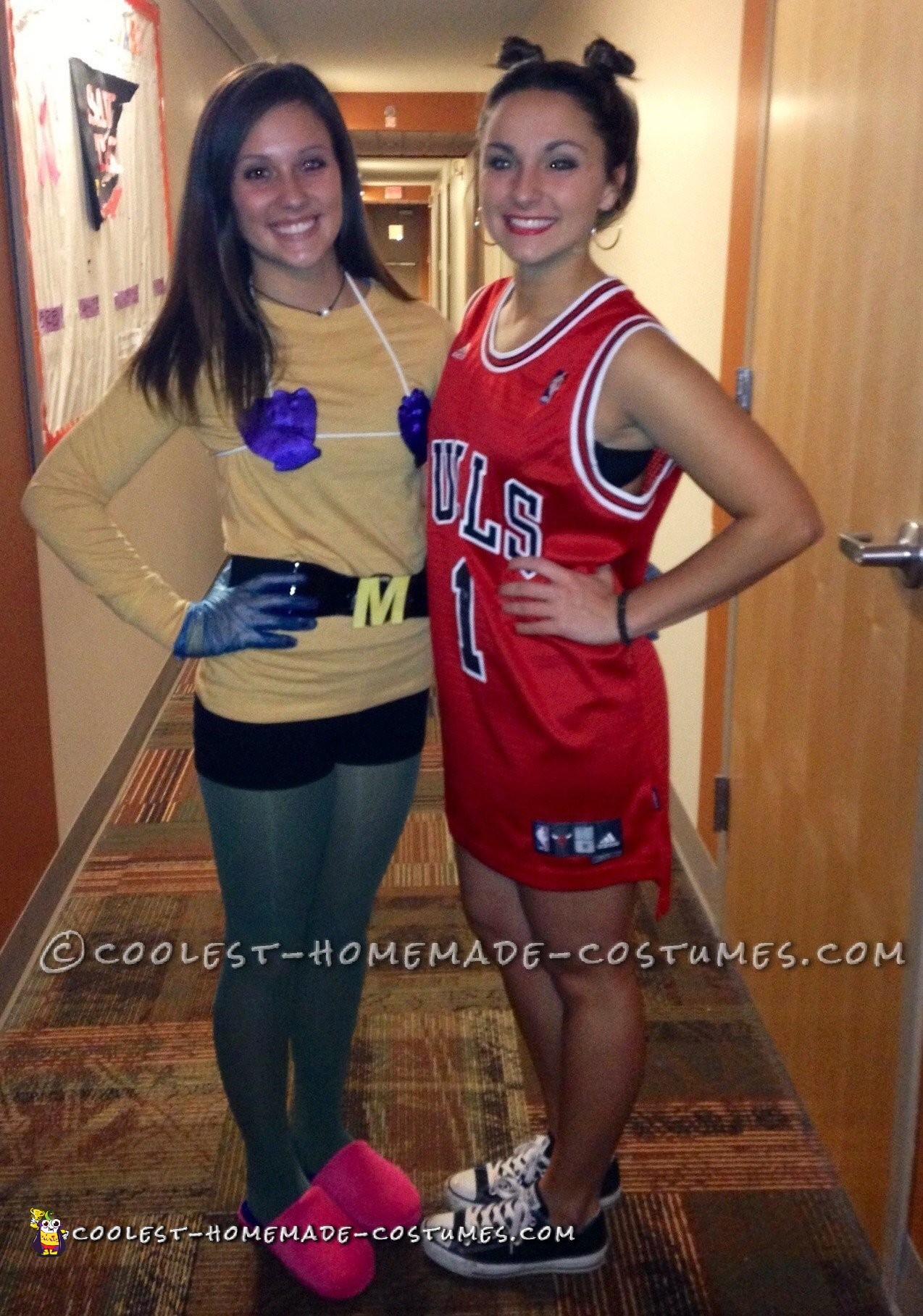 I was hitting up Indiana University for Halloween this year and I wanted to be unique. Many girls dress sleazy or put on animal ears and call it a costume but I decided to go above and beyond.

As a kid who grew up watching Spongebob, and to this day continues to, I came to the conclusion that I wanted to dress up as Mermaid Man. Unfortunately, my Barnacle Boy bailed at the last minute so I was going solo.

Most of the items I used to make the costume I had at home. I didn’t have the green rubber dish gloves, so I stopped at the local Dollar General and picked up the closest thing. For the seashell bikini I had extra bathing suit padding and cut the padding into shells and sewed purple fabric on top. I then used safety pins and a white bathing suit tie to construct the top. I got the gold shirt and green tights from Target ($11) and I had the pink slippers and black yoga shorts. I had an elastic black belt and cardboard that I crafted into a letter M and that’s about all it took. The total cost of making this costume was roughly about $13-15 which is a steal seeing how most store bought costumes are running people between $35-60 these days!

The best part about this costume was all of the looks I got from my friends when I put every thing on and also the looks from strangers as we walked around Bloomington. The hardest part was not having my barnacle boy as my sidekick. Would I do a homemade costume again? Definitely. It’s always nice to go to a party and not see a single person with the same costume as you. And most important when doing “couple” or group costumes is to make sure everyone is down and won’t bail. 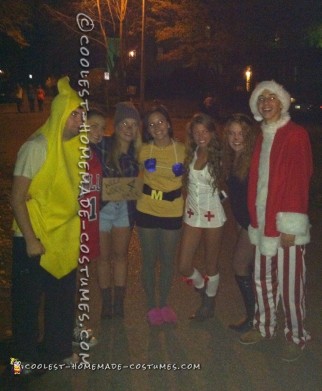