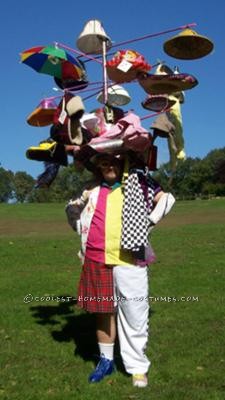 Anybody can be Johnny Depp’s version of The Mad Hatter, but I decided to take the Hatter’s madness to its (il)logical extreme. In my vision, the poor Hatter was so confused as to which hat to wear to the Queen’s Tea, that he decided to wear EVERY hat he owned at once.

Now, of course, different hats look better with different outfits and shoes, so our poor Hatter decided to try to wear every outfit he owned at once, sewing them together in a frenzy. I have a huge collection of hats, and got the inspiration to somehow wear all of them at once for a Halloween parade. Who better than The Mad Hatter?

The base hat is a 5 gallon paint bucket, in the center of which was secured a 3/4″ PVC tube. This tube served as the “trunk” of the hat tree. I drilled holes for 7/16″ dowels at crazy angles, which held each hat at the end of each “branch”. Atop the PVC pole, I added a lampshade hat (complete with lights). I secured a construction helmet with a chin strap to the bottom of the bucket hat to hold it on my head.

There are a total of 27 hats on this costume, counting the main one. As for the outfit, I raided the local thrift stores and found the craziest jackets I could find, and safety pinned the halves of two together. I cut the leg of a pair of pants and added a skirt, as well as two different shoes, and two different gloves. (Can you see my wristwatch?) 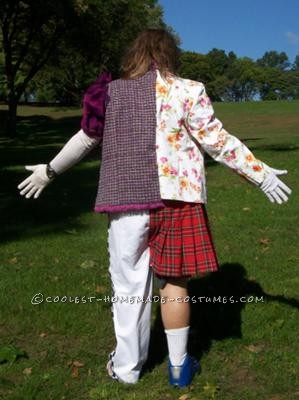 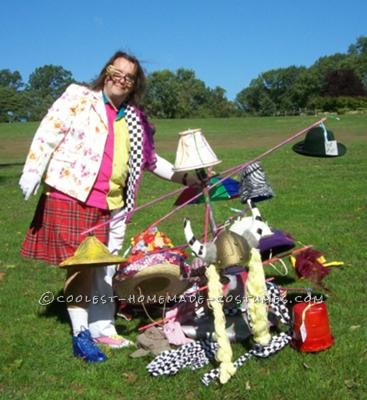