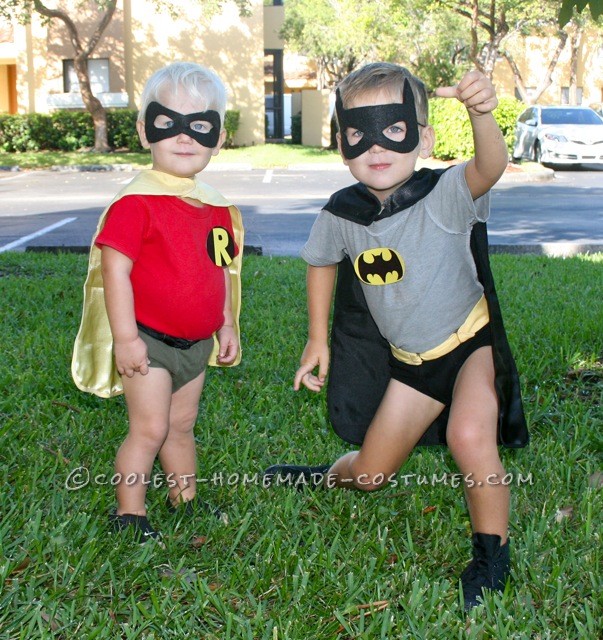 Our boys have been so in to super heroes the last few months. The one and a half year old even runs around shooting pretend blasts out of his hands. I figured Batman and Robin would be very appropriate for their recent obsession. Plus, what little boy doesn’t dress like Batman at least once? And every Batman needs a Robin, that’s what little brothers are for.

These costumes were hardly any work. The only parts I made were the masks, emblems, capes and belts. We live in South Florida so the costumes had to be cool enough to wear outside, no long sleeves or tights! The shirts and underwear we had so that was half the costume! I used a template for the Batman mask that I found on pinterest and the Robin mask was easy enough to free hand.

I mod podged construction paper to cardboard and glued a safety pin on the back for the emblems. The capes and belts took a little sewing skill, beginner level probably. I traced a cape we already had onto black satin (polyester would be easier) and the same for the gold cape but a little smaller. Then I sewed thin double bias tape around the edges and some Velcro to attach around the neck. I made the belts with the extra satin and some parts from an old dog collar, they were only for looks and didn’t really have to function like a belt so I didn’t spend hardly any time on them.

That was it, just shirts, underwear and some sewing skills! These costumes cost me under $10 easy. The boys had so much fun running around in these costumes, I could hardly stop laughing to snap a few pictures! 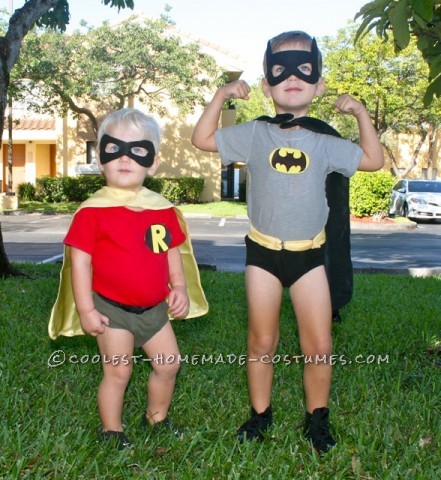 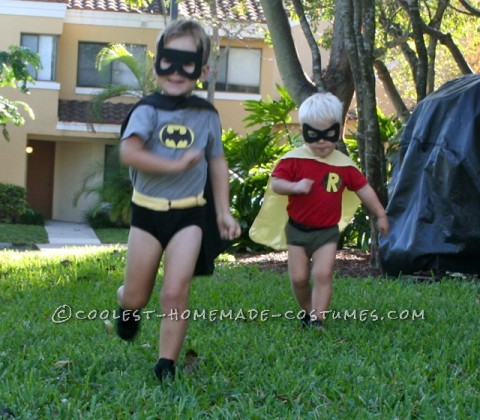