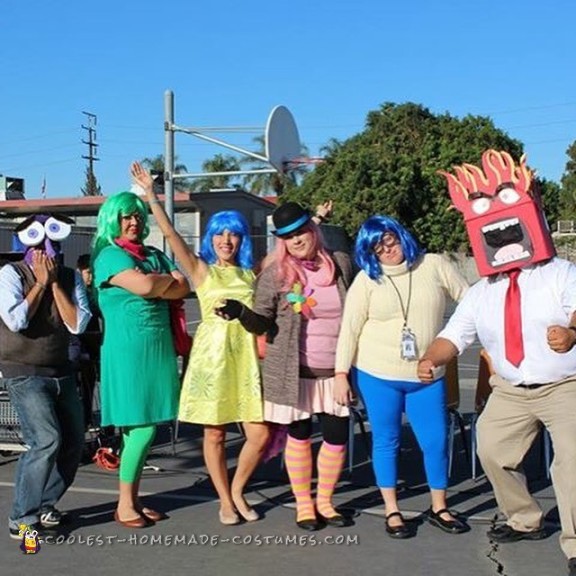 We work at an inner city elementary school in Lynwood California. Last year we were ninja turtles and the kids still talk about it so we knew we had to step up our game. I convinced my colleagues to become and create the characters from the movie Inside Out. We knew the students would love it. We each chose our characters. The two secretaries were Joy and Disgust, the nurse was Anger, the instructional lead was Fear, a fellow teacher was Bing Bong and I was Sadness. Everyone set off to create their costumes.

Mine was pretty easy but Anger and Fear had to be very creative with theirs. Everyday at lunch the nurse would borrow my hot glue gun and bounce ideas off of me to do justice for his character. Over the next two weeks, his box evolved into Anger. He even put a mesh screen so he could see through the mouth. He really thought through it all. At one point he wanted to start over and Im so glad he didn’t because his turned out the best.

Our instructional lead was Fear and ended up McIng the Halloween parade and he was so in character. Everytime a scary costume would walk by he woukd scream like Fear does in the movie (I have video of that). Bing Bong was hilarious too because she would cry candy as she walked by the students. I am so glad we came together and created the best costumes we could. The kids loved it and still talk about it when they see me. 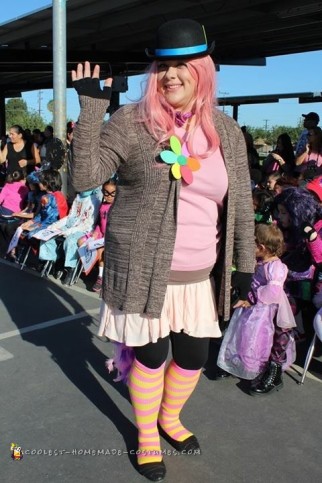 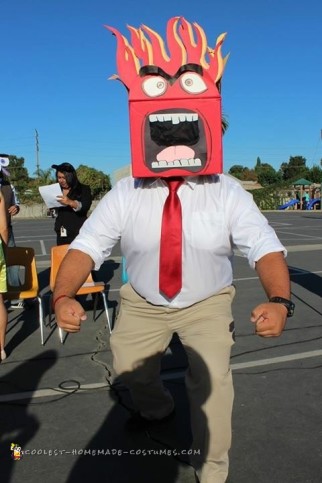 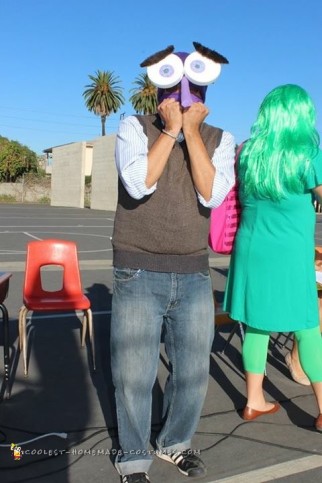 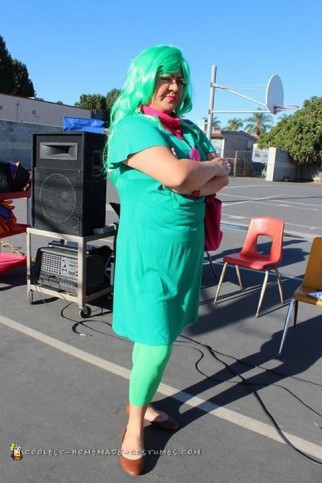 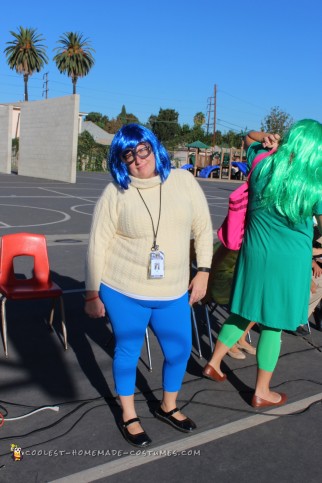 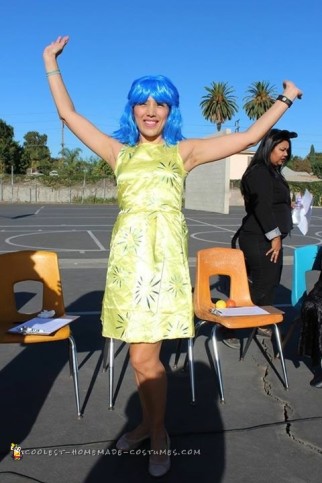 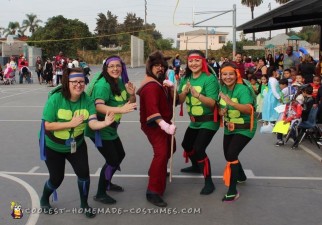