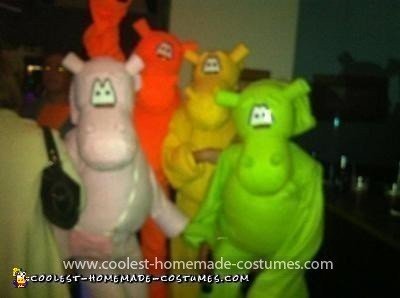 This Homemade Hungry Hungry Hippos Group Costume is all homemade. The process began with the heads being sculpted using balloons and cardboard and duct tape. They were then mounted on a welder’s mask so that they could flip up and down during the night. Covered in different colored felt and then adding eyes, nostrils, ears, eyebrows gave each its own character.

The bodies were then made and stuffed with either bubble wrap or “teddy bear” stuffing to give the look of a big hungry hippo! 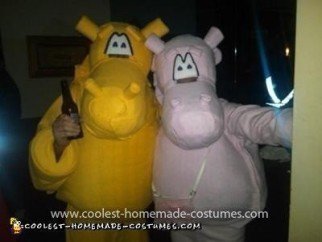 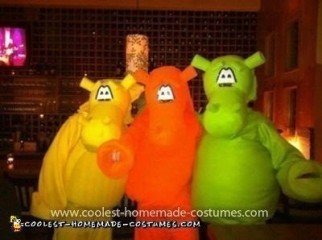 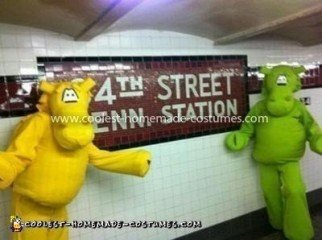