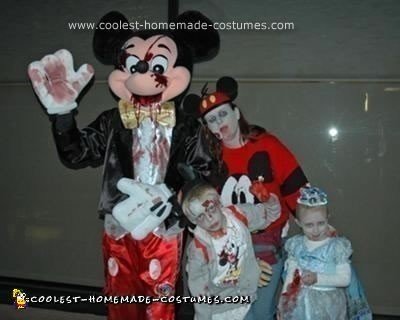 We are dressed as a family who became infected as zombies while visiting Disney World, and poor Mickey Mouse who greeted the zombie children.

Backstory:
Last year, our family attended the Denver Zombie Crawl and had a great time. This summer, we celebrated a trip to Disney World. While at the Magic Kingdom, my son mentioned that the park would be fun for the Zombie Crawl. He followed, by asking what if all the guests became zombies? His comment was the inspiration for our family costume.

Yes, it’s a bit twisted, but we had fun with our Homemade Walt Disney World Zombie Family Costume, and we were a hit at this year’s Denver Zombie Crawl which had over 7,300 participants this year, and tends to bring out some weird creativity.

The costumes are assembled from a wide mix of sources. The makeup is done using various colors of cream makeup, liquid latex, tissue paper, and of course fake blood. My daughter was scared of having any latex stuck to her, so I sewed a pre-fabricated latex wound to her shirt underneath her dress. The Mickey mask and boots are made of foam rubber covered in fur, cloth and vinyl. The blood on the mask is gel window cling material. 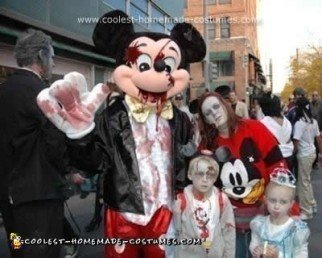 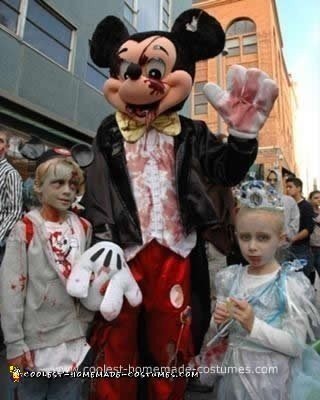 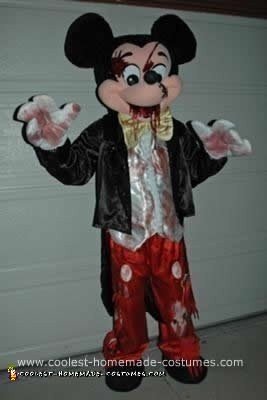