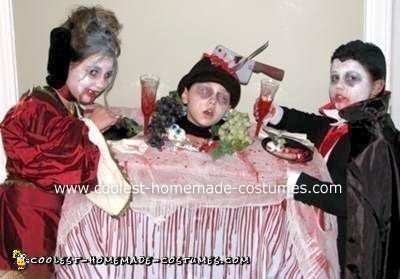 I was searching around this site last year and decided to do my version of a ‘Head on a Platter’ which could include 3 children in a group costume. I came up with this homemade Vampire’s Feast Group costume.

I used a piece of foam core and cut a hole in the center. I had an old metal frame from a Christmas center piece that I covered in foil. I put red paint in the flutes to appear as blood. The eye- balls were made of Model Magic and painted. The fingers were picked up at Michael’s craft store. My son had short hair so the cleaver in his head was a bit of a challenge. The cleaver and fork were hot-glued to a brown hat. We then used red puffy paint all over to appear as blood.

My daughter’s dress was from a previous costume (Elizabeth from Pirates of the Caribbean) that was made from a renaissance dress pattern. I found a black suit and altered a black cape for my other son’s vampire costume. At first the kids were irritated with how many times we had to stop so people could look at their costumes. This soon ended when they realized that people were giving them 3-4 handfuls of candy. 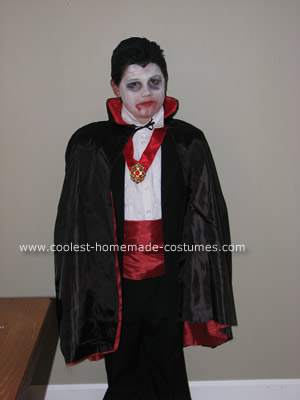 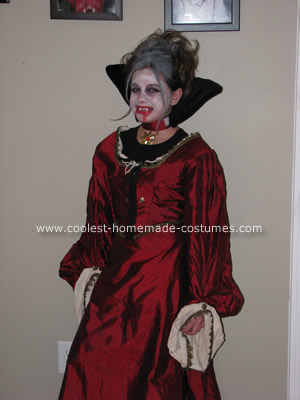 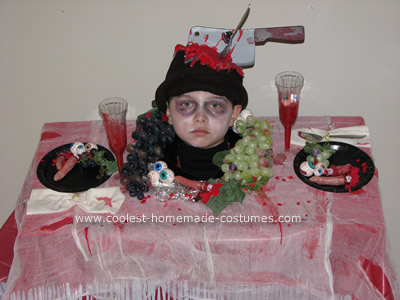