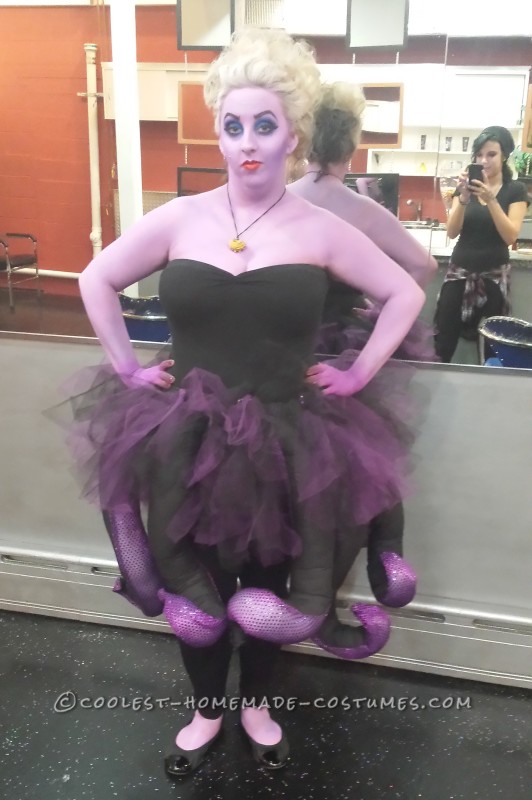 I’ve always liked every little mermaid as a little girl. The thought of Ursula crossed my mind a few times but I didn’t like the costumes that you could purchase and the idea of constructing one of my own seemed too daunting. However, this year I got the guts to go for it.

First, I started with making a no sew tutu using black and purple tulle. The real construction was in the tentacles. I used purple sequin fabric and black cotton. I did not use a pattern for these. I just sewed a sock shape coming to a point on the ends. On the opposite ends I closed it with a loop so that I could run a leather belt through it. Before closing the loops each tentacle was stuffed with polyester stuffing and wire to bend them.

The top was a basic tube top that was gathered at bust to give a sweetheart shape. Sea shell necklace was a painted shell using gold nail polish and embroidery thread for chain. Make-up was done by my co-worker. Hair was done by me. The only problem with the costume is the tentacles; they literally latched onto furniture and people as if they were real.

I had tons of children that were trick or treating coming up and asking for pictures. Kind of felt like I was an actor at Disney world. My friends couldn’t stop staring at me and touching my purple skin. Now I have friends begging me to borrow my costume to wear next year. And what Halloween isn’t complete without making a small child cry because they are unsure as to what the hell you are.

The only problem with the costume is the tentacles they literally latched onto furniture and people as if they were real. Also, it’s super hard to go to the bathroom! 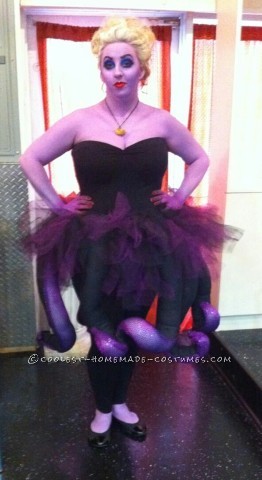 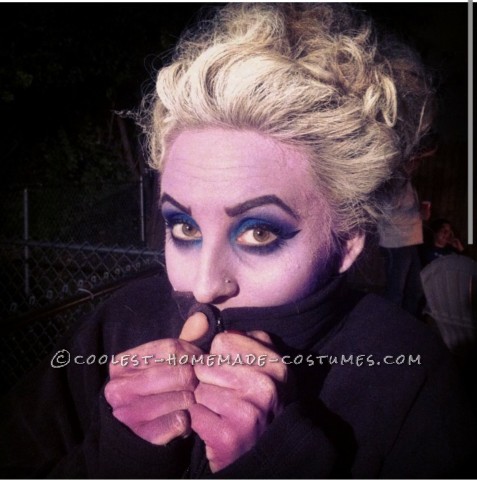