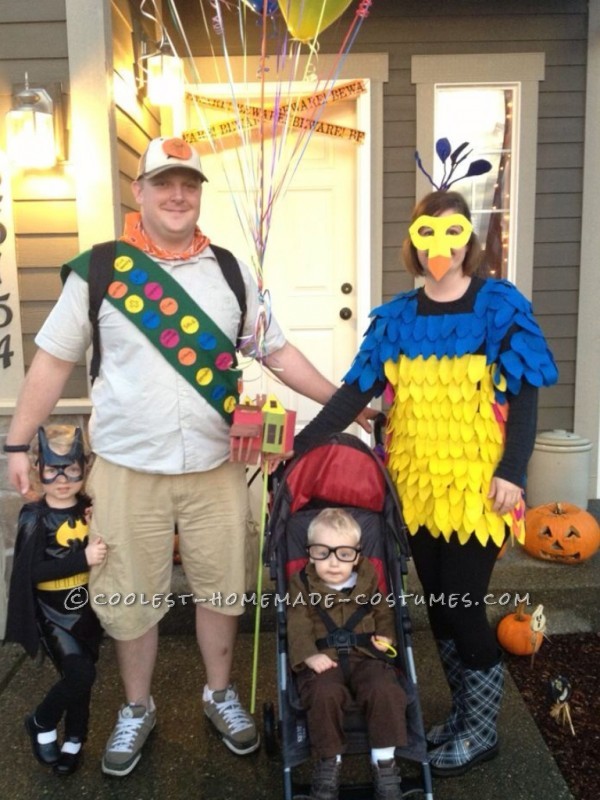 I saw a picture on Pinterest of a little boy dressed as Mr. Fredrickson from Up. My son was going to be 18 months around Halloween, and I thought that would be the cutest costume for him. I wanted to do more though, so I decided to be Kevin, the bird, and I convinced my AMAZING husband to be Russell. My 4 year old daughter was dead-set on being Batman though.

I traced out and cut out a TON of felt feathers of different colors and hot glued them on a black t-shirt. I bought a plain white mask at Michaels and painted it then made a beak out of cardboard and hot glued that on the mask for Kevin.

Mr. Fredrickson I took the lenses out of 3D movie glasses. I searched and searched and finally found (2 days before Halloween) the brown coat for him. I bought a bow-tie and pinned it to his white onesie. I made 4 houses before the final one. I used a lot of cardboard boxes, markers, and hot glue. Originally, I was going to make a giant house for my son to wear but then I figured he would hate that, so I decided on a little one. I painted a dowel green (like the hose) and attached the house. I bought 10 helium balloons and tied those to the houses chimney. I wanted more, but we were going in the car and I didn’t think more would fit. :(

Russel, my husband wore khaki shorts he had, I bought a button up shirt at the goodwill and made him his sash and badges with felt. I made sure to leave an empty spot for the “assisting the elderly” badge. I made the wilderness explorer logo on felt and taped it to a khaki hat he had and then drew the logo again on an orange construction paper flag that was taped to a dowel and stuck in his backpack.

At our church’s Halloween festival we won 2nd place for best family costume. (First place was an astronaut family that made their own really cool Rocket and space costumes.) And this wasn’t a small gathering. The auditorium, which had about 1000 seats, was close to filled. From the moment we walked in the door everyone went crazy and said how awesome we looked. We were getting stopped and kept earring people yell “UP”!! When we went trick-or-treating the next night all the people were stopping to check out our costumes and saying how awesome it was.

We had such a fun Halloween! I loved making the costumes and am trying to figure out how to top last year! 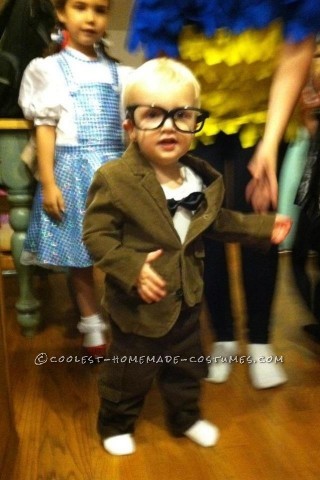 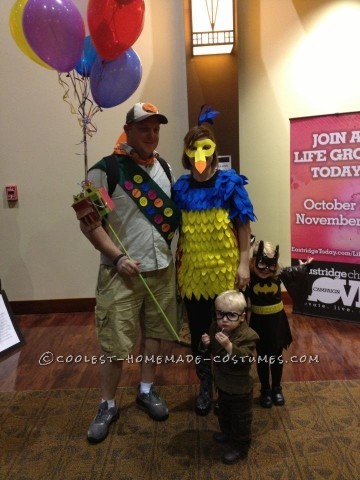 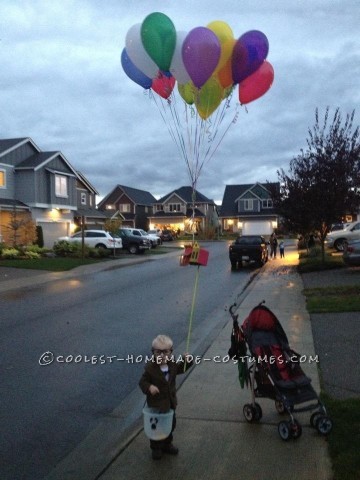