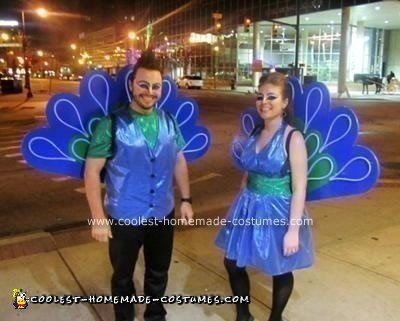 For Halloween 2010, my husband and I were determined to be something that “lit up.” After throwing out the obvious Christmas tree ideas, we settled on a Homemade Peacock DIY Adult Costume Idea!

My super talented mom made our outfits out of blue lamé and green stretchy dance fabric. For the tail I picked out the thickest, sturdiest cardboard I could find, cut it out, and began painting. We attached them with straps, like backpacks. The glow sticks we bought online in bulk. Our fiber optic hair pieces were also bought online. Make-up and hair were done by me; my first ever fauxhawk attempt. We were a huge hit. Someone asked us if we were “The Disney Light Parade,” which I thought was hilarious!

P.S. I give one warning to anyone wanting to attempt a large wingspan (or tailspan in our case): it is VERY HARD maneuvering in a large crowd of people! 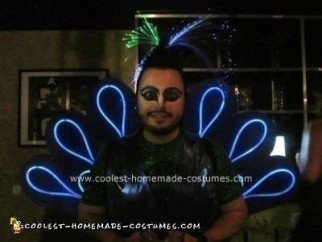 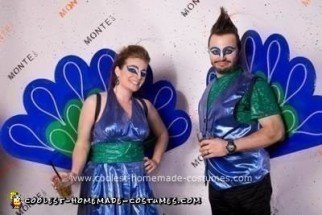 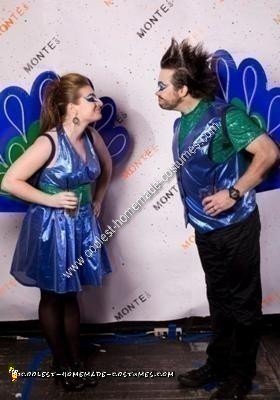