My nephew was looking for a really cool costume for his school’s Halloween parade and party. I’m the crafty one in the family so I was called on to make his idea come to life.   He decided on Brainy Smurf after seeing the movie, but he didn’t want to paint his face blue. So I had to come up with something.  I bought one of those heavy duty punching balloons and paper mached it.

I added a long nose and ears, and cut holes for the eyes and mouth.  It was too big and floppy on his head so I made a cardboard ring to fit his head size and glued it into the top of the head so it wouldn’t move on him. Then painted it to look authentic.  I  made his glasses out of pipe cleaners. And his hat, pants and shoe covers out of fleece. I used simple patterns I found on the internet.

For Smurf shoes I made a simple cover for his shoes that I stuffed with fiberfill.  He wore his own turtleneck. Everyone loved it and asked where he got it. He proudly told everyone his aunt made it. He was the hit of the day and best costume of course! 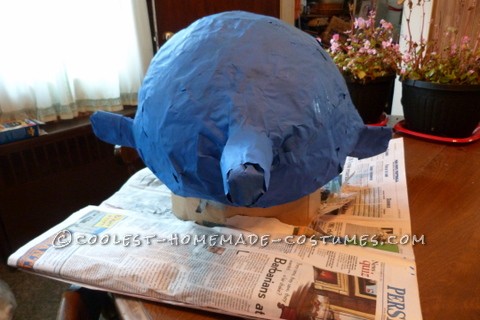 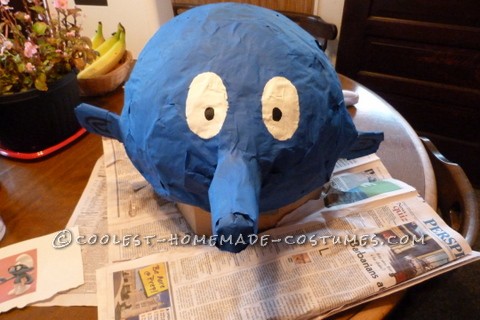 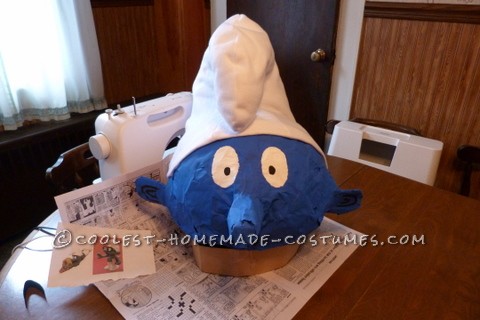 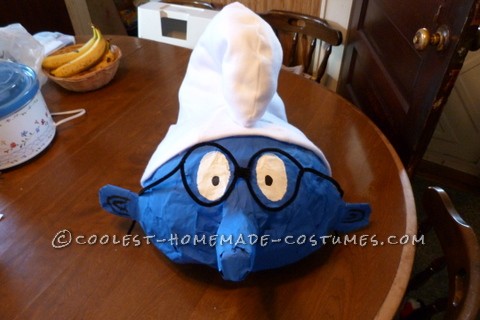