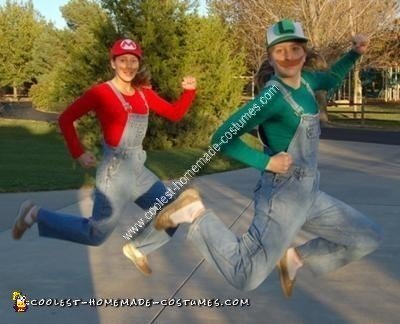 I wanted to be a partner costume with my little sister but she was very stubborn so I had to find something she loved to be. I considered many different pairs but then after watching her play video games it was decided! Lily, my sister would be Luigi and I, Emily, would be Mario. It was coincidental that L stands for Lily and M is my nickname.

I searched my closet for overalls but only found one pair in my basement so it was off to the goodwill. After getting another pair of overalls, we used red and green long shirts, from Forever 21, we already had. Then we attempted to make puffy hats like those of Mario and Luigi but were unsuccessful. Therefore we used a green hat gotten for free from the US Census, and a red one from my fathers closet. I made the “M” and “L” using colored paper and sharpies. Then we both wore boat shoes and the signature mustaches made from foam and duct tape! 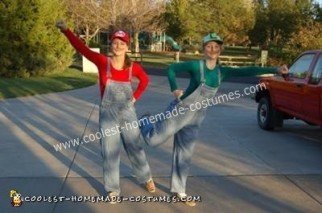 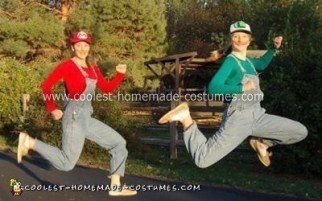