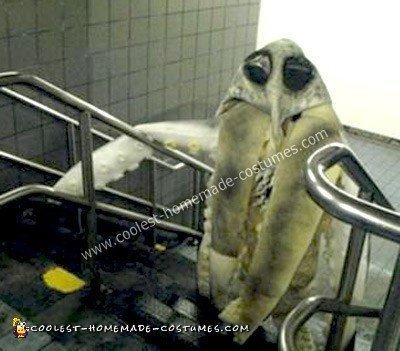 A few years ago I wanted to be Davy Jones from “The Pirates of the Caribbean” movies. However, my mom forbid me from making it, as his beard reminds her of snakes, so I had to think of something just as awesome to make from the movies. One day it came to me: I would make a Kraken costume.

Last year, I had made a last minute Squid costume but, on looking it over, I noticed many flaws. So I started again this year from scratch. This time I used foam, as it is flexible but keeps enough shape. I painted over this with rubber paint to give it that realistic squid-skin feel, and sprayed it with paint for that nice aged look.

The teeth were taken from my old version and were made from clay. Modelled water was added to the mouth to give the effect of an ever present drool. A pouch was attached to the hole in the center of the mouth so, were you to feed me, I would keep it in. The mouth also had an opening from the inside so I could take whatever was in the pouch or stick out my hand.

Wires ran along each tentacle so that I could lift them up and move them about. 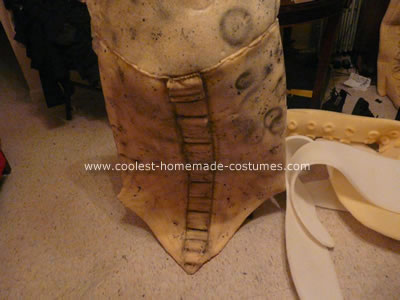 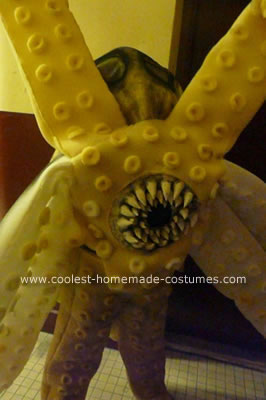 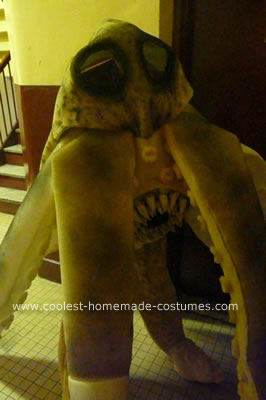