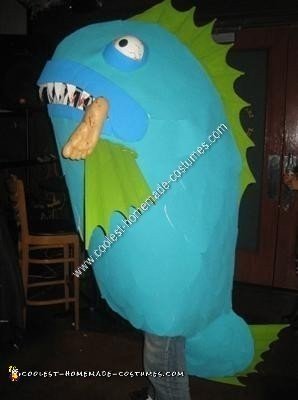 The Homemade Killer Fish Halloween Costume Idea took me about two and a half days to complete. I constructed it entirely out of cardboard, masking tape, thin wooden dowels, and posterboard for the scales. It took a lot of putting it on and off in the beginning just to make sure that it would fit properly and not be too uncomfortable, but after I got the basic frame all constructed, the scales took me a really long time.

After I finally got all the scales on there, I took it down to the basement for paint. For the finishing touches I added the spherical Styrofoam eyeballs which I painted. It was quite easy to wear all night and dance in, and I had no problem getting a bottle of beer in through the mouth hole. I could barely fit it in my car though!! I actually had to drive to the costume contest with the tail sticking out the side window.

Nonetheless I was the star of the party and everybody wanted to have their picture taken with THE FISH!! 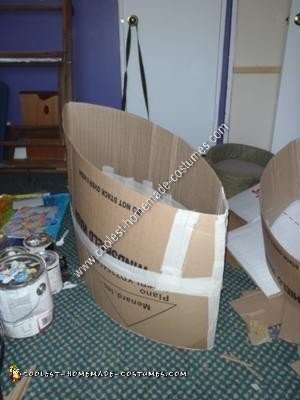 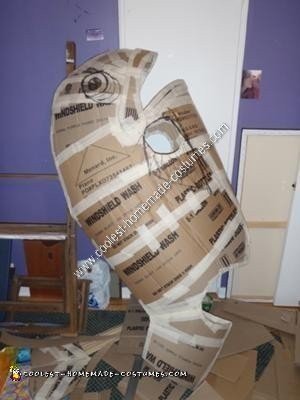 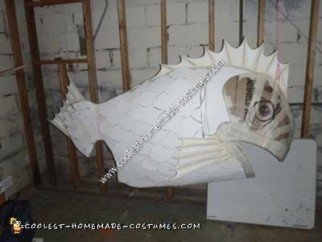