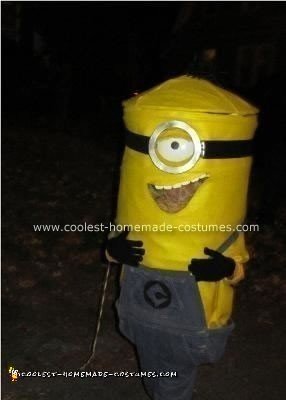 This is my son, Erik, as one of Gru’s Minions. We always make our own costumes, but when he said he wanted to be a Minion, I was stumped. I often go to the local thrift store for inspiration when creating costumes — this year was no exception. I was stumped, however. Then, one day while browsing the racks, I came upon a collapsible laundry hamper. “Aha!” I thought, “The body!”

So began the construction on the homemade Gru’s Minion costume, which includes the frame of an external frame backpack, a bamboo hat (the top), pipe cleaners, a modified pair of Gap overalls, a watch glass (scientific experiments), and a lot of hard work. I try to make each costume special by adding some unexpected feature.

This costume includes a blinking eye that he can close by pulling a cord. He was extremely proud of this costume and got a standing ovation from his classmates when he wore it to school for the Halloween parade. Thank you for considering our Halloween costume submission! 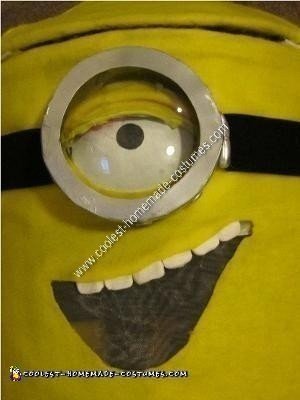 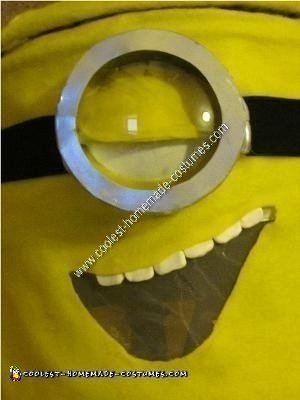 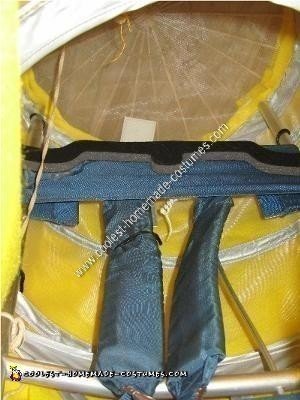