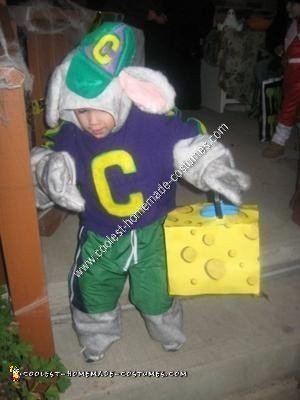 So I decided to sew a bear costume and just make the ears larger so it would look like a mouse. Then I used one of my t-shirts and a large pair of green shorts (that was my nephews) so they were large enough to fit over the fur. I used felt to make the hat, letters, and stripes on the shirt. I wanted to paint his face gray and flesh colored with the big character eyes, but he wouldn’t let me :(

I made his trick-or-treat bucket from last year into a block of cheese, which turned out cute.

Overall, I liked the way it came out. It was a last minute execution so if I had more time I think I could have made it a little better, and also made the ears stand up. Oh well, it turned out just fine and my son was really excited when he put it on and looked in the mirror. 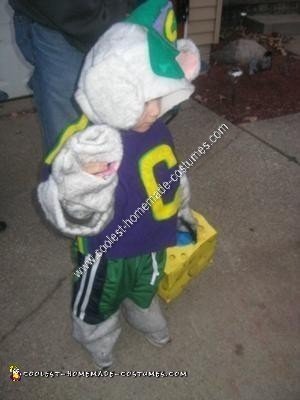 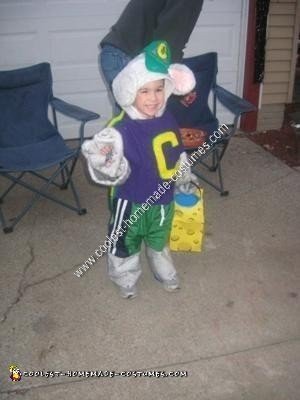 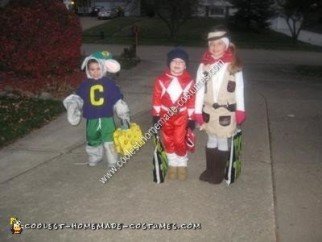