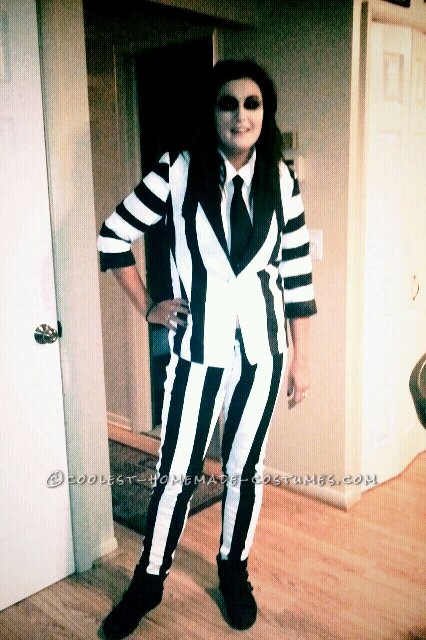 I have been wanting to be Beetlejuice for years now but could never find a suit that was similar enough to his! So this year,I decided to make my own Beetlejuice Halloween Costume! It was a lot easier than I thought, I found a black blazer from the thrift store for $1.99 and used duck tape to tape off the strips. Surprisingly the stripes worked out to be evenly spaced! I used some old black pants I had and did the same thing. At first I tried spray paint which didn’t work at all. So next I tried acrylic- worked out great! There was no cracking or stiffness to the suit.

I found an old white button up I had and borrowed a tie from a friend. The costume came together and worked out perfect. It wasn’t hard at all, I now know that acrylic paint is a good way to go when making Halloween costumes, especially if you can’t sew!