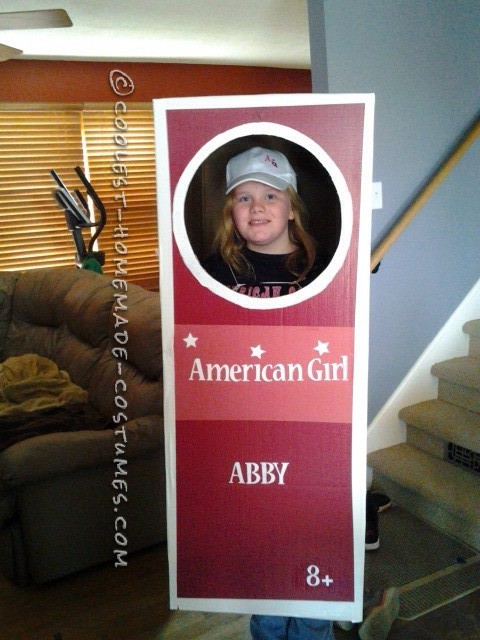 I got a wardrobe box from Uhaul and painted it maroon. I added AG stars on the side and cut out “American girl” and my daughter’s name with card stock. A cricut machine would have made this part much easier.  Took a large bowl and traced a circle on the box where the head should be cut out. cut Out the head with an exact knife. I used white duct tape on all of the sides and painted white around the head. I added straps to the inside so  my daughter could wear it with it resting on her shoulders. I attached the straps with staples. One thing I should have done is cut arm holes for trick or treating. Also, it was near impossible for her to get up and down stairs while trick or treating.

My daughter was frustrated by the end of trick or treating…tons of compliments though.