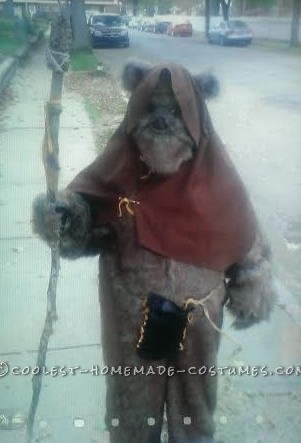 I love Star Wars and for years I wanted an adult Ewok costume. I saw several kids and pet Ewok costumes, but never anything for adults. Then one day I saw on Pinterest that someone had made one, but it was for a child, so again another no go. So, this year I decided on my birthday, August 29, 2014, that I was going to go to Joanne Fabrics and get the supplies to make my own darn costume.

I bought the really nice faux fur and the suede they used as hoods. I found a old mask that I could use as the face and a stick in the woods that I converted into  a spear.

I bought a pattern for a bear at Joanne Fabrics and I was off. I used a standard sewing machine for the body, which my dog thought was Small Foot (Big Foot’s cousin) with all the fur that was everywhere, and I just went for it. After the body was created, I started to envision just how this was going to come to life and I built the ears and hoodie along with using glue to place the fur on the mask to make it as realistic as possible.

Once it was done, I wore it to work to show everyone. It was a sensation, and people stopped me in the streets to say they loved it. I never wanted to take it off. This costume will be my favorite for many more years to come, that is for sure. Creating this costume and getting to be an Ewok for a day really was a dream come true. 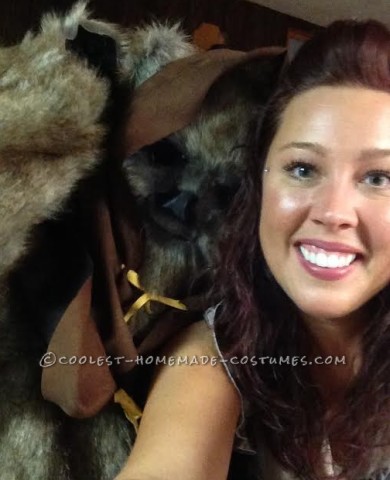