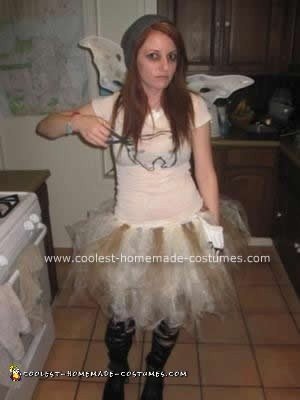 A few years ago I had a bunch of small cavities and I was in and out of the dentist’s chair several times over the course of a few months to fill them all. I wanted to translate that experience into my Halloween costume that year. I wanted to be a dirty, grungy, creepy version of the traditionally depicted cutesy and clean Tooth Fairy.

I made the tutu out of three different shades of tulle: ivory for teeth, and gold and silver for fillings. I stained my white burn-out shirt with tea and coffee to make it look dirty, and painted a giant tooth on the front. I wore grungy looking leggings and boots and a beanie. I got some wings and burned holes in them and bent them. I made a toothbrush bracelet by boiling it in hot water and shaping it to my wrist. I used floss as string for a tooth pendant necklace. I also made a little bag and filled it with fake denture teeth that jangled around when I walked. I also carried around some pliers.

Some people didn’t get my Homeless Tooth Fairy Costume, but it was more a reflection of something that was going on in my life at that time, lol. A large tooth shirt was pretty good indication, but I guess that’s just me. 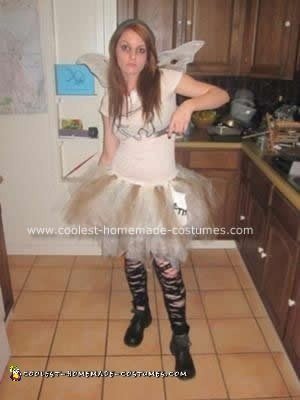 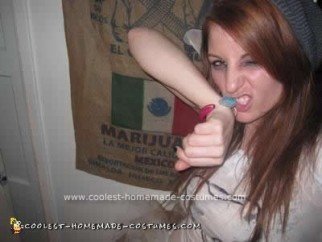