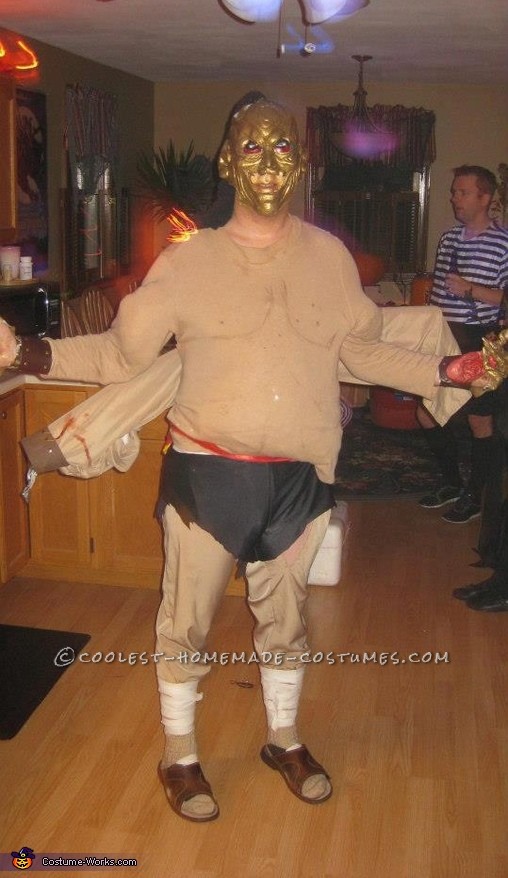 I wanted to simulate Goro, Mortal Kombat’s original resident right hand, 4-armed man so the first thing I went for were the arms themselves. I fastened two orange water noodles together and wrapped a light beige-colored bed sheet around it. A hole in the back of my beige-gold shirt was placed so I can slide the arms in for extra fastening.

Two colored plastic hands were duct taped at each end, adjacent to store-bought Roman gladiator gauntlets. Gold metallic paint was used to make the mask and hands stand out, above yoga style pants wrapped with winter socks and hospital tape.  Navy blue athletic shorts cut into briefs were worn over them.

The mask itself was a fanged, flesh-colored Vampire’s mask that I removed the teeth from and painted my face to match the remodeled mask. Red sunglasses filled in for the eyes and a mesh of dollar store black fabric passed as the monster’s Emperor’s hair style. 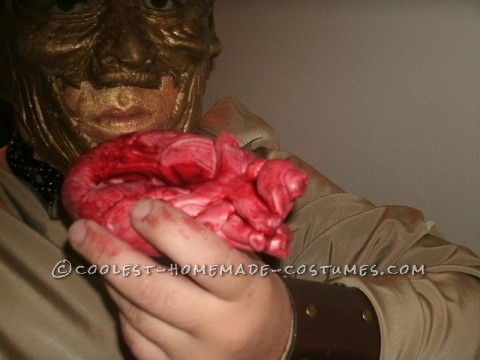