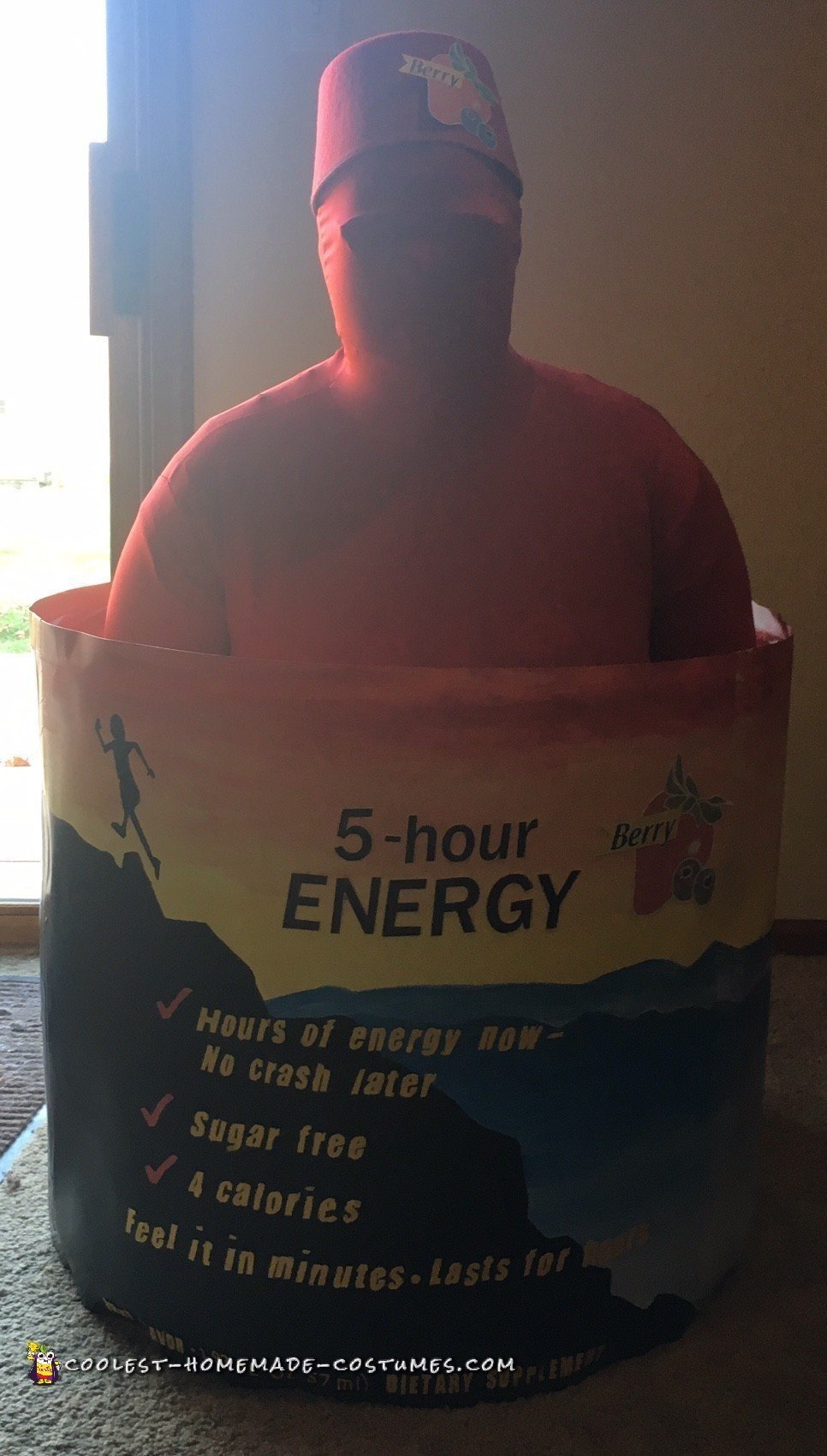 The costume idea was mine but my daughter helped in making it. I’m kind of known for living a life with the candle burning at both ends. Not much down time.

A couple years ago I decided to try 5 Hour Energy drinks. I was drinking maybe 4 of them a week. A couple of my friends got on me about it and that I should not drink them because they are not good for me. Even to the point of checking in my desk drawers at work to see if I had any stashed, which I did not.

So I got this idea and thought how funny would it be if I became a 5 Hour Energy Drink. My work has a Halloween costume contest every year. I enlisted the help of a friend and she was the only one who knew what I was doing. After getting dressed I walked into the cafeteria alone. I was met with all kinds of laughter. I got the effect I was hoping for.

How to make it:
I purchased an extra large poster board. On the inside of the poster board, we taped 3 hula hoops (top, middle and bottom) to give it the round shape.
My daughter painted all the colored background and the running man emblem. The letters on the front label are printed out. Then used scissors and Exacto knife to cut them out, then glued to the costume.
My daughter painted the UPC code. All the rest of the writing was done by me with a Sharpie marker.

I purchased a red morph (or skin) suit and at the costume shop purchased a red Shriners hat. I removed the tassel from the hat and added the flavor label to it for the finishing touch. 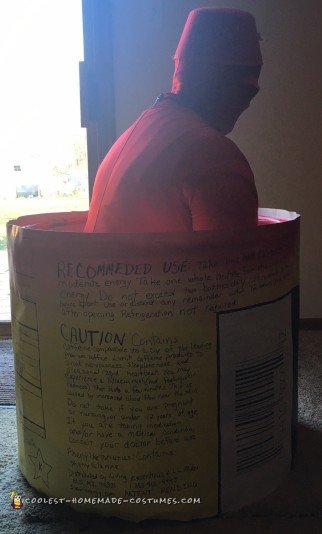 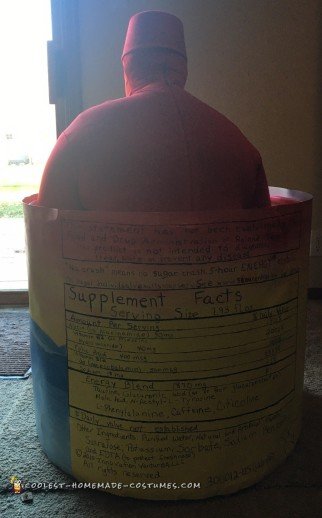