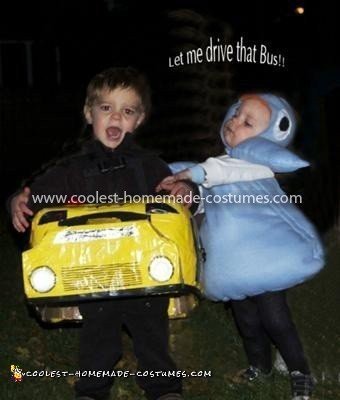 The bus was made from cardboard boxes, bubble wrap, duck tape, electrical tape, and is equipped with functioning headlights, blinking backup lights, and a horn! The straps are black nylon, just like seat belts, and are fastened with belt buckles!! Pigeon’s costume, or as Aunty (the creator of the costumes) likes to call him, Piggey, is made from nice warm fleece, filled with poly-fill. The hat was made from fleece, with felt eyes and beak!

This was the boys first Halloween trick-or-treating, and Aunty is happy to say their costumes were a total smash! 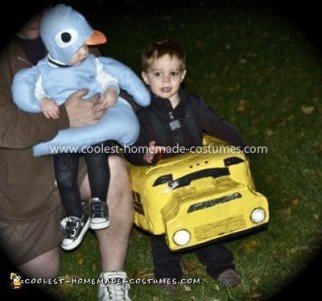 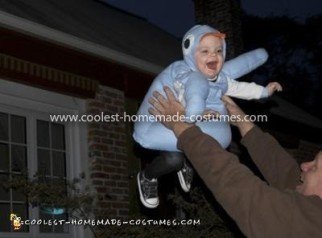