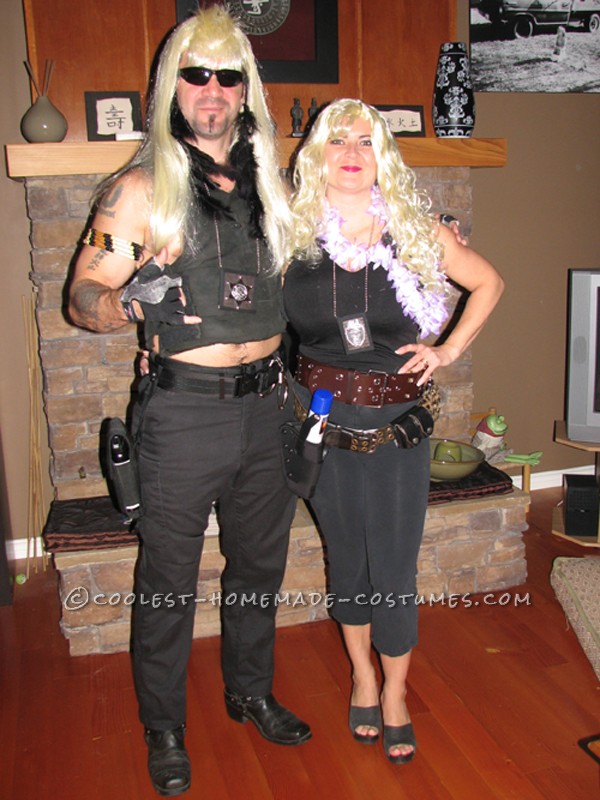 At the time, we were looking for a couples costume that was relevant and would be as much fun putting together as wearing. So we went in our costume left-overs to try to get inspired. The idea started with the Beth wig.  It was left over from an 80’s party where I was Dee Snider. The vest is real and borrowed from a buddy who had access to these kind of things. The the rest of the stuff we got from a 2nd hand store and the Dollar store (there was also a lot of stuffing)! I also printed up some “warrants” for a few of my buddies who were at the party we were going.

They included pictures and some suggestive loud and lascivious charges. They wanted photos of us arresting them as soon as we got there and presented the warrants!

It was a hit. We used it twice that year.