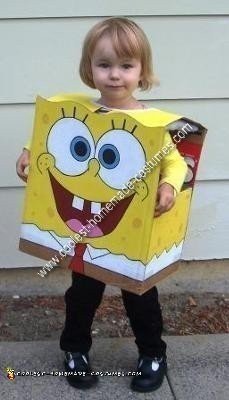 When I saw that toddler SpongeBob costumes were $40 online, I decided to put those four years of high school art classes to work and put together a DIY Spongebob Halloween Costume Idea. I bought a few colors of acrylic paint that I didn’t already have and an exacto knife, and went to work on leftover diaper boxes.

I printed out a picture of Spongebob from the internet, then used plastic food storage containers to trace circles for the eyes, and spice containers for the irises and pupils. Everything else, I drew by sight. I used a pencil for sketching, then outlined the pencil with black permanent marker. I had to paint several layers of color to fully cover the brown of the cardboard. Once I finished painting, I re-traced the lines with permanent marker. I created the back and the sides in the same manner. 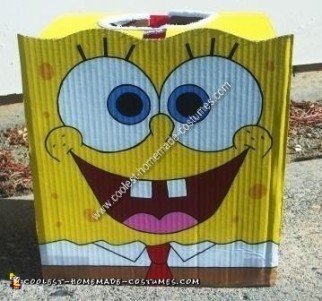 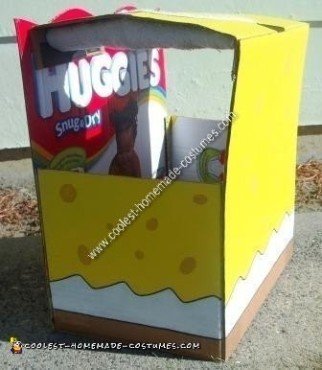