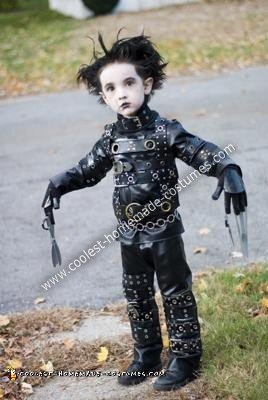 The process of building this DIY Edward Scissorhands Halloween costume was a major team effort – we all shopped for months at used stores collecting the belts and buckles needed to adorn the suit. I sewed and adorned the (p)leather suit and did his make-up, and my husband built the scissor hands and did his hair. And Sid, well he just rocked the costume, which I believe is the most important element of all.

Sid trick-or-treated in the full Edward suit, including pants, shirt and suspenders, but I just could not resist building him the entire suit, and I believe because of this, he truly became Edward. In his own words as he fell asleep on Halloween night: “This was the best day ever.” 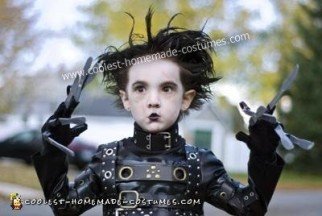 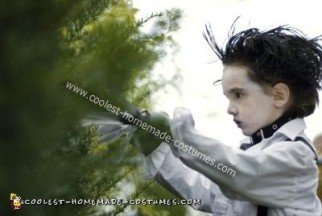 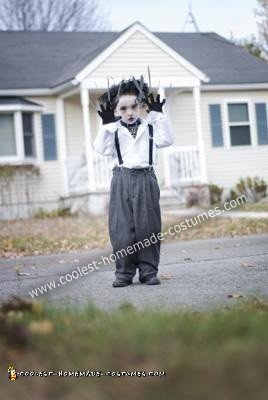