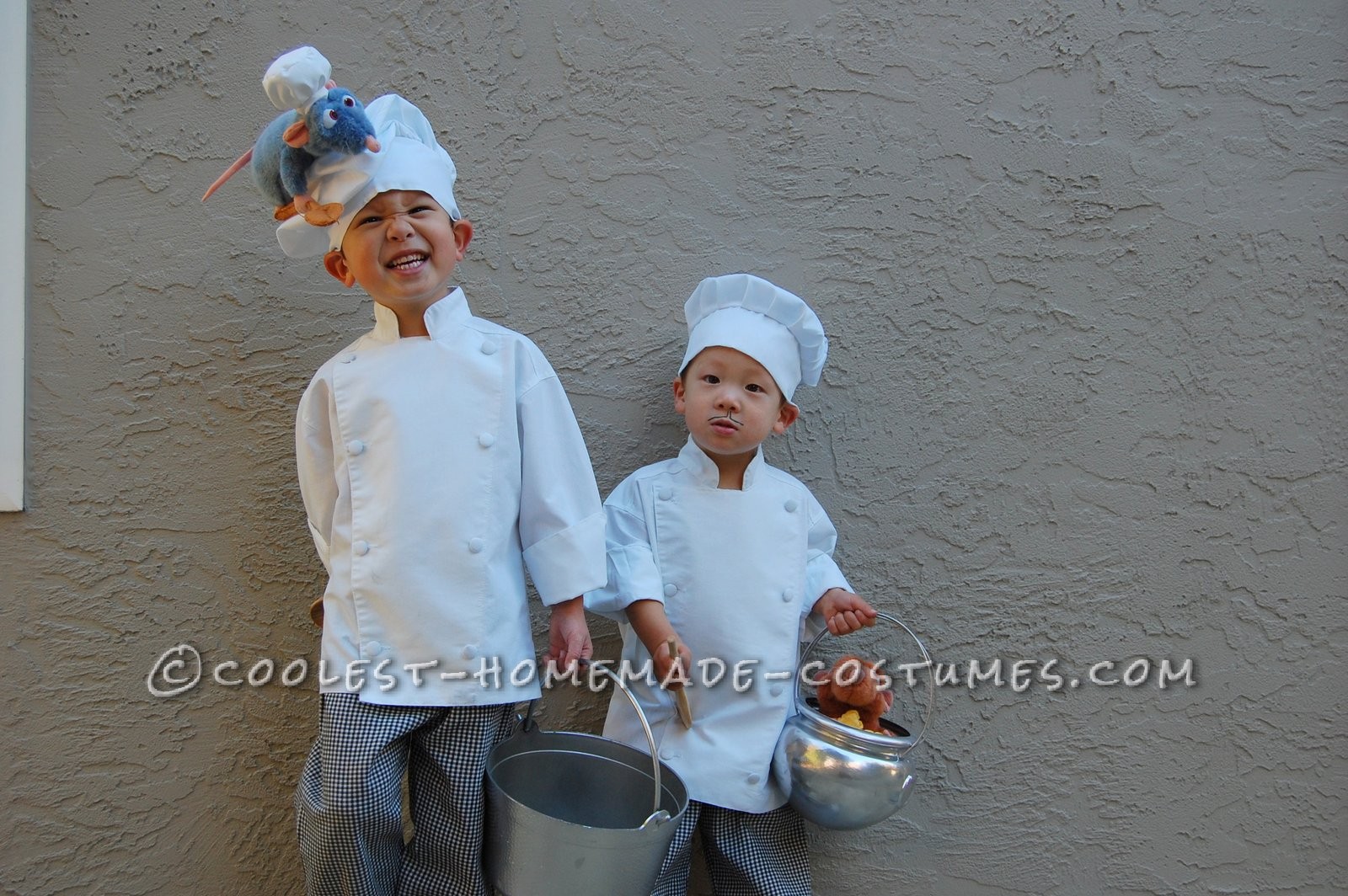 Last year, my boys were 4 and 1 1/2.  The baby was finally old enough to walk well on his own and we were so excited to go trick or treating.  I wanted a costume that my 4 year old would understand and I also wanted them to be able to dress up together.  We just happened to watch Ratoutille for the first time and both of my boys LOVE to cook.  At first I just thought of making them chefs.  And then it came to me…they could be the Ratoutille chefs!

First my mom found the perfect chef pants checkered fabric at the fabric store.  She made them chef pants by following a very simple pattern for pajama pants.  Then I found toddler sized chef hats and chef coats (go figure that they make these) online.  The chef coats were actually really good quality and very inexpensive!  Chef Linguini wears red Converse and there happens to be a Converse outlet very close to our house, cute versatile new shoes for my son!

I wondered how I would make their soup pots for a while until I found black cauldrons at the craft store.  A little silver spray paint and they had soup pots (a.k.a. candy collecting vessels).  I ordered a stuffed Remy and Emil from a well known internet bidding site for a very reasonable price.  Our cat then ate Rem’s tail so I had to give him a little surgery (luckily I’m a veterinarian!).  I knew the 4 year old would tolerate it, so I sewed Remy onto his hat to complete his look (to go along with the fact that Remy sits on Linguini’s head to direct his cooking).  An eye-liner applied mustache completed Chef Skinner.  Emil sat in Skinner’s soup pot….much more tolerable to a 1 1/2 year old baby than riding on his head!

We got many compliments on this Disney Ratatouille Costume with Chef Linguini and Skinner.  People really appreciated that we went to the trouble to make their costumes versus buying them some cheaply made costumes from the Halloween store.  And, in the big picture, these costumes were way cheaper than something we could have bought from the store! 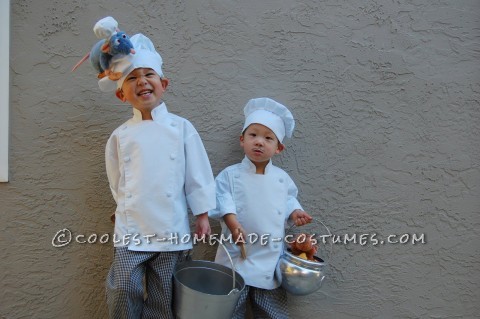