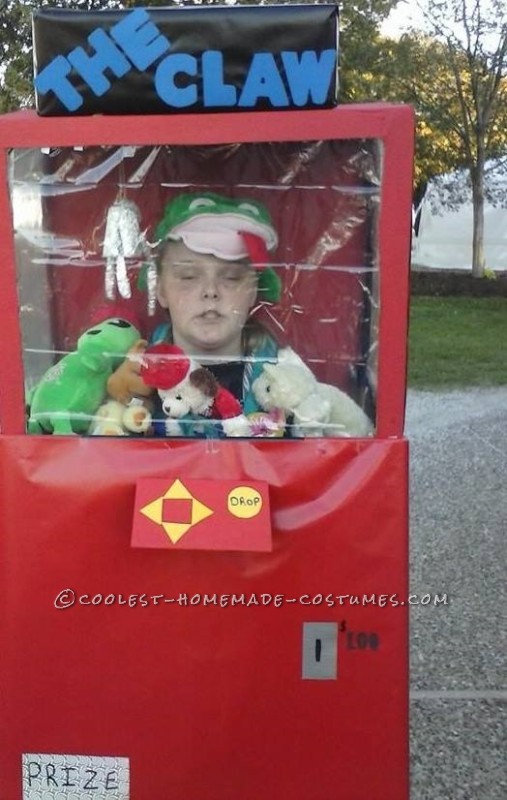 When my daughter told me that this would be her last year trick or treating it broke my heart. I knew right then that we had to make it the best one yet. We sat down and talked about what she wanted to be. She has had some awesome costumes in the past. She has been a Oompa Loompa (which we had made professionaly made). Last year she was a bathtub. I didn’t know how we could top either of those, After much thinking and debating she finally came up with an idea that I thought would be a winner. The best part of making this costume was she helped with it. Being a single mom with a full time job it was nice spending quality time with her making this costume. It turned out super cute and she entered our local Halloween Costume contest and they reported that in the 5 years that they have been doing the contest this was by far the most creative costume that they had ever seen. She also did a second costume contest which she also won. I am glad that this was her best costume ever. <3